Festival may have to move with sale of £3.5m house 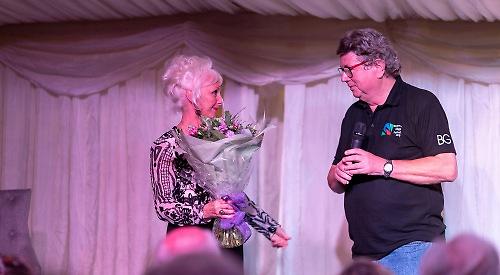 WARGAVE Festival may have to be held at new location next year.

The current site at Mill Green, which normally hosts a large number of events during the three-week event, may not be suitable due to the ongoing sale of Wargrave Court.

The Grade II listed property, which is adjacent to the festival site, is being marketed by estate agent Savills at £3.5 million.

The festival has an agreement with the current owners to use the land but fears this could change under the new owner.

It approached Wargrave Parish Council for help and following a meeting, the council indicated that it would be prepared to offer Kings Field as an alternative site but won’t make a decision before Christmas.

Parish clerk Stephen Hedges said: “There are potential issues with the current site and Mill Green is where a lot of the activities take place.

“The council is willing to engage to see how we can help. We are looking at Kings Field. This will help them to plan if they do need to look at a different location but they need a back-up plan too.”

The festival, which is due to take place from June 9 and 27, uses a large marquee for the main events. It would require water and electricity supplies at Kings Field and there would be portable toilets.

Mr Hedges said: “During the meeting, we talked through the various issues and we have still not finalised everything but in principle it could work. The marquee is the thing we have to look at.

“We did look at using the main recreation ground but there are issues with regards to the proximity of the playground equipment.

“There are still a couple of things that we need to work through and we have indicated to the festival committee that we should have a definitive answer before Christmas.

“If it needs to relocate they need to sort that out sooner rather than later because 2021 is not that far away. A lot is dependent on the sale of the neighbouring property.”

Festival committee member and parish councillor Graham Howe said the organisers would have to choose a site by November in order for the council to discuss it at its meeting in December.

He said: “While the children who are inheriting Wargrave Court are in control of the estate, they are happy for the festival to go ahead.

“But, of course, it could be sold very quickly.

“If it is sold and the new owners deem that the two errant clauses in the lease are not in their favour then the festival is at risk.

“The problem is partly in the timing. It could be that we plan everything for Mill Green and the the house changes hands in March or April.

“That creates a risk for the festival and a financial risk to some of the 20 village societies that participate in the festival. What we really need is some certainty.”

Mr Howe said that currently no negotiations over the sale of the house were taking place.

Meanwhile, preparations for the festival programme are continuing despite the limitations of the coronavirus pandemic. The theme will be “Summer of Love”.

The marquee events planned so far are a quiz night on June 17, a fashion show on June 21 and the traditional variety show on June 26.

The Summer of Love Ball will take place on the evening of June 25.

A date is yet to be confirmed for Shakespeare on the Green, hosted by Wargrave Theatre Workshop.

The festival is held every two years. One of the highlights of the 2019 festival was a talk by TV and radio personality Debbie McGee, who lives in the village, about her life with her late husband magician Paul Daniels, who died in 2016 from a brain tumour. All 250 seats for the talk were sold.

At the end, Mr Howe, who was then chairman of the festival, presented her with a bouquet of flowers on behalf of the entire village.