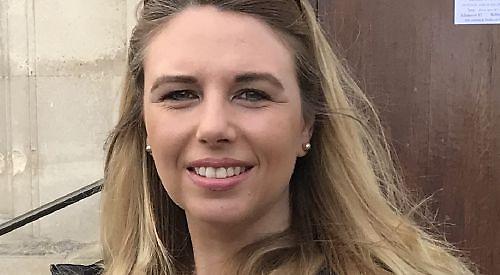 A PROPOSED shake-up of the planning system has been likened to “social cleansing” by a Henley councillor.

The Government is looking to kick-start the construciton of new houses to meet national targets in the wake of the coronavirus pandemic.

At present, anyone who builds more than 10 houses on a single site has to make 40 per cent of them affordable.

But under the new proposals, the proportion of cheaper homes would only apply to developments of at least 40 units for at least the first 18 months.

Town councillors fear this would lead to no affordable homes being built in Henley.

Councillor Donna Crook said it would force young people to move away.

Speaking at a meeting of the council’s planning committee, she said: “For anyone that grew up in Henley who wants to stay here but doesn’t earn a lot of money there is going to be nowhere for them to live.

“It is absolutely disgusting and almost a form of social cleansing.

“I feel it is all in favour of greedy developers who don’t care about anyone who grew up here. They just care about making a fast buck and building houses that are so overpriced that no one could afford them, which is shocking.

“Why should we have to send our children out of Henley because they can’t afford to stay here? Who would be able to work in the shops and the local area? No one. That’s just really sad, it is just wrong.”

Councillor Laurence Plant said: “Once we get rid of the larger sites we will be predominantly left with small and medium developments.

“As we run out of sites and spaces to develop we will have fewer affordable homes built for us.”

Councillor Stefan Gawrysiak said: “In an area in the south of England, which is very expensive, we are going to have to build more houses and on sites of 50 or less without affordable.

“You will have sites of 50 £500,000 or £1million houses where there is no contribution to the social infrastructure of the communities around them.

“Where are all the care home workers or teachers going to live? To afford a house in Henley you need an income of about £90,000-plus.

“What the rule should be is a site with 10 or more houses should have 40 per cent or even 50 per cent affordable on it and 25 per cent of these should be for first-time buyers.”

The Government says that homes built for first-time buyers would be sold at a discount on the market value.

But Cllr Gawrysiak said: “First-time buyers in the Henley area are still going having to pay the market price minus 30 per cent so it is still essentially unaffordable. This is a developer’s charter.”

Mayor Ken Arlett said there was no reasons to change when there were sufficient planning applications being submitted.

The committee has responded to the Government’s consultation, saying that the 40 per cent affordable housing rule should apply to developments as small as four houses and the proportion be increased to 50 per cent.