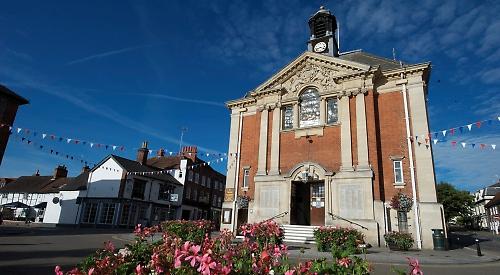 HENLEY Town Council has lost almost £100,000 as a result of the coronavirus pandemic.

This is mostly made up of lost income during the lockdown period from March to July.

The council says it lost £26,000 from the town hall not being hired while people hiring King’s Arm Barn were given a rent holiday for six months.

Another £21,000 was lost with no exhibitions held at the Old Fire Station Gallery and the weekly markets in Market Place.

The usual income from cemeteries — about £65,000 — fell by 23 per cent because of the restrictions on the number of people allowed at funerals since March.

The council also established a £20,000 fund to combat the virus and spent £5,000 on signage and pavement stickers to help businesses and to encourage social distancing.

Councillor Ian Reissmann, who chairs the council’s finance strategy and management committee, said: “We are over budget and that is mostly due to covid-19-related things.

“We have suffered from the difficulties like other councils, but we are in a better position than others as we have reserves we can draw on.”

The council was able to save £17,000 using the Government’s furlough scheme and delayed hiring parks staff and a communications manager.

It has also dropped plans to install a public toilet at Makins recreation ground, saving £5,000 a year in running costs.