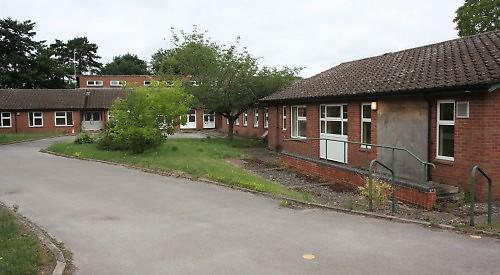 GILLOTTS School says it can only pay for much-needed refurbishment by selling a playing field to developers for up to £20 million.

The headteacher and chairman of governors at the secondary academy off Gillotts Lane, Henley, say they have exhausted every other funding option.

The school wants to sell the 3.4-hectare field in the north-eastern corner of its estate, which runs behind the houses in Makins Road and Blandy Road, as it no longer needs it.

Up to 100 homes could be accommodated on the site but the school would take about 50, probably family homes rather than flats.

The sale of the land would make between £10 and
£20 million, which would go towards new sports facilities, including an all-weather multi-use games area and the levelling of the remaining fields, both of which the community could use.

The money would also help pay to refurbish the school’s Sixties buildings, which are in varying degrees of dilapidation. Headteacher Catharine Darnton has warned the school is “crumbling”. The improvements could include a new hall with retractable seating and a new creative technology centre to teach digital skills such as computer-aided design.

There could also be a new learning support centre for pupils with special needs and a landscaping programme in which parking would move away from the main buildings.

Details of the school’s plan were revealed by Ms Darnton and chairman of governors David Gorsuch at an online meeting of Henley Town Council’s neighbourhood plan committee on Monday. The committee is overseeing the revision of the town’s joint housing strategy with Harpsden.

Landowners shared their proposals with the committee, which will decide whether to include them in a new draft of the document.

The school scheme has been in the pipeline since 2014 and the playing field was included in neighbourhood plan, which names 11 sites for about 500 homes.

However, progress stalled amid a legal dispute over access via the bridleway off Blandy Road, which is subject to a restrictive convenant. The school is now finalising an agreement with Oxfordshire County Council, the highways authority.

Mr Gorsuch insisted the school couldn’t find another way to pay for improvements. He said: “We’ve considered the Government, wealthy benefactors and fundraising but none is likely.

“The school isn’t falling down and nor is the roof leaking so it’s in far too good a shape to be considered for meagre state funding.

“Rich benefactors are thin on the ground and none could contribute the figure we need, while fundraising isn’t practical. A decent fundraising event might make £1,500 so we’d need about 10,000 of those. After years of seeking other sources of funding, we’ve concluded there are simply none.”

Mr Gorsuch said he was “reasonably confident” that Sport England would support the field sale because it would fund “dramatic” improvements to the school.

Ms Darnton said: “We’re not selling that field because we’re tired of mowing it. This is the ‘family silver’ and a one-off opportunity so it’s not worth doing if we can’t raise enough to make the changes we need.

“I’d prefer not to touch a single square foot but I can’t find another way to rebuild the school.”

The school’s agent Steven Smith, of Haslams chartered surveyors, said the housing development would have a 40 per cent “affordable” element in line with South Oxfordshire District Council planning policy.

“This is for the benefit of Henley and of Gillotts,” he said. “The money isn’t going to some farmer who’s suddenly going to move to Spain and retire. We won’t do anything other than a sensible deal.”

Councillor Stefan Gawrysiak, a former assistant headteacher at Gillotts, asked whether the school could seek Arts Council funding to make the new hall a base for the town’s music groups.

Ms Darnton replied: “We have to be very careful about ownership as we’ve been really disadvantaged by the changing relationship between leisure centres and schools.

“Henley leisure centre was built on Gillotts’ land but we now pay a five-figure sum to use it every year.

“However, private money would let us build more than the Government allows and it would be wonderful to have more people on our site.”

Meanwhile, the committee heard that either 27 homes or 60 “extra care” properties for the elderly could be built on the former Chilterns End care home site off Greys Road. The site could also take up to 10 one- or two-bedroom flats.

Oxfordshire County Council, which owns the land, had earmarked it for about 27 units in the current neighbourhood plan.

However, it then got stuck in negotiations with the Oxfordshire Care Partnership to surrender the lease, which only finally happened in July last year.

The Orders of St John Care Trust closed the home in 2016 to move to the new 64-bed Chilterns Court care centre by Townlands Memorial Hospital.

The council wouldn’t run a new facility but would secure planning permission and then sell the land to a private operator.

Mayor Ken Arlett said he would be “very surprised” if the committee accepted an extra care proposal as plans for a care home at the former Henley youth centre in Deanfield Avenue had been rejected on appeal.

The old youth centre site is earmarked for 23 homes but B&M Care failed to secure permission for a 65-bed facility.

Cllr Arlett said: “It would be a waste of time trying to change it from housing as I think Henley and Harpsden would fight.”

Cllr Gawrysiak added: “I’m really surprised by the [extra care] proposal as I’ve been instrumental in bringing the site forward and chasing the surrender of the lease.

“We need affordable housing and this site would be absolutely perfect. It’s in the middle of the built-up area with great bus routes. Why on earth would you want extra care? This land should be intensively developed for social rental.”

Jeremy Flawn, the county council’s planning agent, said extra care schemes could still have an affordable element as it was often a legal requirement.

He said the county wasn’t obliged to provide social housing but did have a duty to get “best value” when disposing of land.

It needn’t take the highest offer but must accept one with the greatest community benefit.

Cllr Gawrysiak replied: “The county council must ask whether it wants this included in the neighbourhood plan or not.

“If you bring forward a scheme for 60 extra care places, the committee will resoundingly reject it.”

Finally, 110 homes could go on a field next to the Highlands Park development, also off Greys Road.

Crest Nicholson, which is building 191 homes at the former industrial estate also wants to develop a seven-hectare plot to the east of Highlands Lane.

This would include strips of green space and a community orchard.

The company is also in talks with the Chiltern Centre for disabled young adults, also off Greys Road, about providing it with a new building.