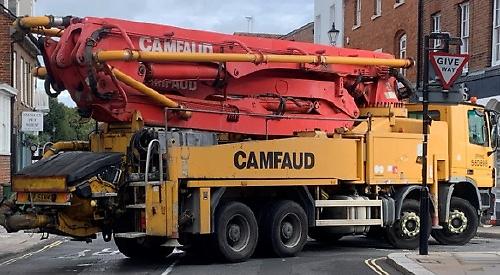 PLANS to introduce a weight restriction for heavy goods vehicles passing through Henley have been boosted.

At an extraordinary meeting on Tuesday evening, South Oxfordshire District Council voted in favour of a motion by Henley councillor Stefan Gawrysiak, who wants a 7.5-tonne limit on vehicles with no business in the town.

The traffic regulation order would have a five-mile radius to include villages along the B481, but it must be approved by Oxfordshire County Council, the highways authority.

Councillor Gawrysiak wants to prevent large lorries using Henley as a shortcut. He says they are highly polluting and a danger to highways safety, as well as the town’s historic buildings.

He has presented his case to parish councils in Bix and Assendon, Nettlebed, Kidmore End, Sonning Common and Rotherfield Greys.

Out of the 28 councillors presented, they all agreed to support his motion apart from councillor David Bartholomew, a fellow county councillor. He decided to abstain, as he was seeking reassurance that the B481 would be protected from “deflected traffic”.

Henley resident David Dickie, of St Katharine’s Road, urged councillors to get behind the project. He said legal limits for nitrogen dioxide in Henley regularly exceeded and that the health of children was being put at risk.

Henley Mayor Ken Arlett said visitors to the town only had to stand on the junction of Bell Street and New Street to see how frequently large vehicles pass through and struggle to make the turning.

For the full story, read next week’s Henley Standard.