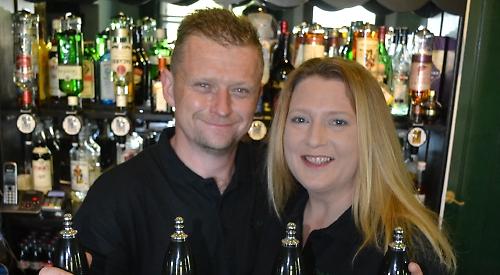 PLANS to redevelop an historic pub in Shiplake to create eight homes have been rejected.

South Oxfordshire District Council, the planning authority, said the Plowden Arms was “an essential community facility” and should not be lost to the village.

It also had concerns about parking provision and the impact this would have on road safety.

Residents and Shiplake Parish Council had opposed the application, which was submitted by Heritage England.

The company wanted to convert the first floor and roof space into two flats and the rear wing into two homes.

Another two properties would have been built in the pub’s garden fronting the A4155 Reading Road and two more in the car park off Plough Lane.

The pub would have remained operational but with a smaller floor area but residents said it would not be viable due to the removal of the garden and customer parking.

Heritage England said that “diversifying” the site would secure the pub’s future. The parish council applied twice to the district council to have the pub made an asset of community value.

The first application was rejected on the basis of insufficient evidence.

The second has not been determined but the parish council included the results of a public consultation in which 95 per cent of the 211 respondents said they wanted the pub and garden to remain as they were.

If the application is approved and the owner decided to sell the pub, the community would have six months to make a bid for it, although the offer would not have to be accepted.

Planning authorities can give weight to the fact that a building is a community asset when assessing applications.

Fred Maroudas, chairman of the parish council, said he was delighted that the “right” decision had been made.

“We have always said that the Plowden Arms should be a pub and that the village needs it as a social hub,” he said. “We ran a very detailed consultation with the community and it was absolutely clear that the pub was hugely important to the residents.”

He said he was confident that the district council would approve the second community asset application.

“We believe it is viable to run it as a pub,” said Councillor Maroudas. “We hope it never gets to the point where it is not a profitable business but if that does happen this would provide a mechanism for the community to get together to run it.

“We are really optimistic that it will have a long and viable future.”

The 17th-century pub, which closed in January 2019, is still owned by Karen Rackham, from Earley, who bought it from Brakspear for £450,000 in 2017 and then ran it with her partner David Morris.

Janet Matthews, who chairs the Shiplake and Binfield Heath Local History Group, said: “I think the community and the historical aspects were taken into account.

“My concern was primarily to do with the way it would have changed the appearance of the location but we didn’t even know the full extent of what that would look like. You can hardly put flats above the pub in a sensitive manner.

“It was such an ambitious application and that caused such a strong reaction from the community. It is possible that if they had tried something less substantial that it would not have been opposed so strongly.

“There are lots of people in the community who used the pub regularly before it closed. I hope the ACV application is accepted but then the community has to come up with a plan.

“However, what I would say is if the pub is not commercially viable in the future then the community would need to put their money where their mouth is.”

The district council’s planning notice says: “The proposed reduction in the size of the public house floor space and the establishment of eight dwellings on the site would likely hamper the continued viability of the remaining public house.

“The proposed development would result in the loss of an essential community facility and would detract from the quality and convenience of everyday life in the settlement.

“The proposed development is supported by insufficient information to demonstrate that there would be sufficient space to provide off-street parking.

“This would increase the risk of indiscriminate parking occurring within the vicinity of a junction, which would result in conditions prejudicial to highway and pedestrian safety.”

Cllr Maroudas said the community had already been “battered” by a series of successful applications for new homes along Reading Road, including 95 at Thames Farm, 40 at the former Wyevale garden centre and 65 at a new retirement village.

“Sometimes there is a danger of the community losing faith in your ability,” he said. “I think this is a really good example of what we can do by working with the community. It is nice to have some success.”

A spokesman for Town Planning Expert, which submitted the application on behalf of Heritage England, said: “We are no longer instructed on this matter and there is no intention to appeal or resubmit as far as we are aware.”