Councillor steps down after 12 years 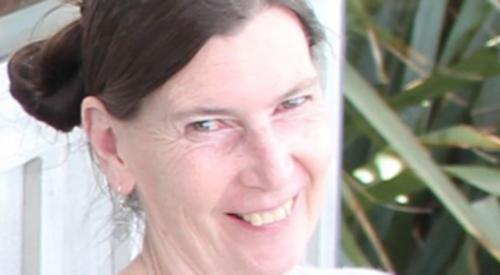 A KIDMORE End parish councillor has stepped down after 12 years.

Sue Biggs was co-opted on to the council in 2008, having previously chaired the Kidmore End Environment Preservation group.

She chaired the council from May 2012 until December 2019 when she stepped down as she had found it hard to balance her commitments to the parish with her work, which included serving as a health visitor in Reading.

She continued as vice-chairman until her resignation.

Mrs Biggs said: “I’ve been on the council for quite a long time and it seemed like the right time to go.”

She took the lead on transport and flooding issues in the village and made sure the pond on the corner of Kidmore Lane and Chalkhouse Green Road was tidied every year.

She also helped to fundraise and find grants for new play equipment at the play area in Butlers Orchard.

This was installed in 2013 after five years and included a new slide, tunnel and a zip wire.

Mrs Biggs also led a campaign for the introduction of a 20mph speed limit in Kidmore End, which succeeded in 2017.

She and her fellow councillors were concerned about the safety of children walking to and from the village primary school. Since then, a community speedwatch initiative has been put in place by the council to check that the limit is adhered to.

Mrs Biggs has also led the Kidmore End neighbourhood development plan steering group, which she will continue to do despite no longer being a parish councillor.

She said she had committed to delivering the document before making her decision to resign. A draft was completed in November after three years of discussion. She was also Kidmore End’s representative on the Chilterns Conservation Board, which aims to protect the Area of Outstanding Natural Beauty which covers the parish.

Mrs Biggs said the thing she would most remember about the council was the teamwork shown by members. That will always stand out for me rather than just one singular moment or achievement,” said Mrs Biggs. “Without the councillors really working together, nothing would have been done.”

Her other interests include walking, cycing, reading, skiing and gardening.

Caroline Aldridge, who now chairs the council, said: “We are all devastated that Sue is leaving.

“She is a real powerhouse. She wanted things done and she did them. Whether that was improving the play area or cutting back overgrown brambles, she would take the lead.

“We owe a huge debt to Sue, who was a proactive chairman. She did the winter plan and organised salt to be delivered around the village before the snow came.

“She was just very good — if we needed any work done she’d be the first to say, ‘Right, this needs to be done, let’s go’. She will be really missed.”

Meanwhile, Ana O’Reilly has also resigned from the council.

Councillor Aldridge said two other villagers had put themselves forward and it was hoped that they would  be co-opted in the next few weeks.