‘We’re confident it would be positive addition to Henley’ 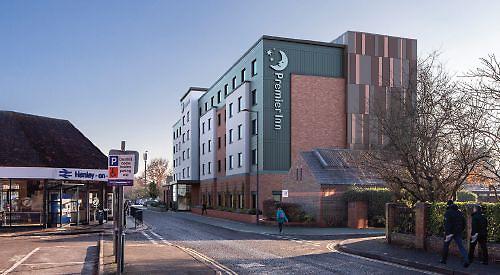 THE Premier Inn hotel and its 92-cover restaurant would go on a 1,360 sq m parcel of land opposite the station entrance, next to the public toilets.

There would be a new pedestrian crossing between the hotel and the station entrance and the scheme would create about 35 jobs.

The joint Henley and Harpsden neighbourhood plan, which passed a referendum in 2016, identified a need for more hotel space in the town and earmarked the car park as a potential site.

Network Rail first announced the scheme in 2015 and sought the Office of Road and Rail’s permission to dispose of the land in 2019. The work could have started last September but the application was delayed by the pandemic.

A Premier Inn spokesman said: “There is a shortage of hotel accommodation in Henley and we see long-term demand for our bedrooms in town beyond the pandemic, so we’re confident it would be a success.

“Premier Inn hotels attract leisure and business guests and many of our guests eat and drink out when they stay with us, supporting established businesses and contributing to the local economy.

“We have been working constructively with South Oxfordshire District Council to bring forward a well-designed scheme which fits its location.

“The car park has been a particular focus and we are proposing to reconfigure the parking areas to create a more user-friendly layout. We’re confident the proposed hotel would be a positive addition to Henley.”