Approval of retirement village is ‘kick in teeth’ 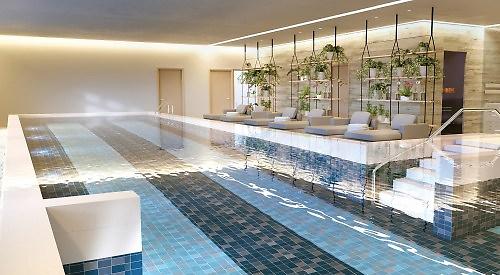 A “RETIREMENT village” of up to 133 flats in Sonning Common has been given the go-ahead despite widespread opposition.

Inspired Villages has won an appeal after being refused planning permission in June last year for a large “assisted living” complex on a field off Blounts Court Road.

South Oxfordshire District Council, the planning authority, had turned down the application, saying it was a major development in the Chilterns Area of Outstanding Natural Beauty and there were no exceptional circumstances which justified the harm to the surroundings.

Sonning Common Parish Council formally objected and spent more than £20,000 hiring a planning consultant to fight the appeal, arguing the scheme was “excessive and inappropriate” and contrary to the village’s neighbourhood plan.

It said the large influx of elderly residents would place a “significant” additional burden on Sonning Common Health Centre, which already struggles to meet demand.

Scores of villagers, Peppard Parish Council, the Chilterns Conservation Board, the Chiltern Society and the Campaign to Protect Rural England were also opposed.

But this week planning inspector Harold Stephens, who oversaw a 10-day inquiry in April and May, concluded the development was necessary because of a large shortfall of assisted living places in the district with few other developments in the pipeline.

He said the field, which he visited during the proceedings, was not in a particularly attractive part of the AONB and the proposed buildings were broadly in keeping with neighbouring ones.

The applicant had also offered to pay more than £7.5 million towards building affordable housing elsewhere in South Oxfordshire.

Mr Stephens also said the district council hadn’t secured enough housing land to meet demand for the next five years, making some aspects of its planning policy invalid, although the council disputes this.

He said the shortfall also undermined the Sonning Common neighbourhood plan, which passed a referendum in 2016.

The document is now being reviewed to find other care sites so he didn’t take it into account.

The applicant, also known as Senior Living (Sonning Common), wants to erect a complex of buildings of at least two storeys, including a “substantial” cross-shaped “core” with a 3,900 sq m footprint and four blocks of flats.

The developer sought permission for up to 73 units with gardens, green space, landscaping and car parking, plus outline consent for up to 60 more with the details to be confirmed in a separate application.

Residents would have use of a spa, gym and treatment room as well as a swimming pool which would be open to schools and community groups.

Mr Stephens said the development wouldn’t be a “prominent and incongruous intrusion” into the village’s rural surroundings because the site lies opposite the Johnston Matthey Technology Centre, a modern building which is of a similar height in parts.

He said the field was a poor example of the AONB’s “special qualities”, adding: “It seems it is more typical of an agricultural landscape which is commonplace around many settlement fringes… [and] is less sensitive than other parts of the AONB.

“Being directly adjacent to the relatively modern settlement fringe of Sonning Common, it detracts from any potential tranquillity… it already contains a significant amount of built development which contrasts significantly with the deep, rural countryside to the north-east.

“There is, frankly, a considerable difference between this area and more typical, characteristic parts of the AONB. Only a small number of nearby locations would have direct views of the appeal proposals.”

Mr Stephens said both the style and layout of the proposed development was similar to other street scenes in the area, with the appearance of semi-detached buildings or terraces, and much of Sonning Common’s architecture was “fairly bland” anyway.

The applicant had agreed to build about half the ideal number of units required to maximise profits, adding: “The new buildings would plainly add to the sense of place and character and would ‘belong’ to the Chilterns… [they] would be very different from an urban character.”

Mt Stephens said there was a shortfall of 337 “extra care” units in South Oxfordshire with only 65 likely to be built in the near future so there was a “very limited” supply compared with ordinary care beds.

Sonning Common was an ideal location as it was one of the 12 “larger villages” identified for growth by the district council with good access to public transport and facilities and mostly level ground.

He added that the scheme would reduce pressure on NHS and adult social services budgets, create new jobs and bring in more council tax so there was a “very strong” case that outweighed the “localised” visual impact and there was no reason not to allow it.

Mr Stephens refused an application by the district council for part of the costs of producing evidence for the inquiry, saying the appellant had compromised on profitability to make the scheme more suitable.

The parish council says the neighbourhood plan working group was already considering the needs of elderly people and seeking to allocate a more suitable site for something smaller.

Its main goal was to provide housing for younger families trying to get on the property ladder.

Parish councillor Tom Fort said: “I’m bitterly disappointed, both personally because I was so involved and also for the neighbourhood plan and the village as a whole. This is a disastrous decision for Sonning Common — it’s disastrous for local democracy and for sensible planning. We put nine years’ work into this neighbourhood plan and it has amounted to absolutely nothing.

“The inspector sided with the developer on every count and decided that the AONB doesn’t matter, which raises questions about the safety of other areas of the AONB.

“His decision is ill-informed and I can’t believe this has been allowed to go ahead while trampling on the belief and incredibly hard work which the community has put in.

“One man has decided that developers should be able to do what they want, which is a phenomenal kick in the teeth.”

Councillor David Bartholomew, who represents the village on both Oxfordshire County Council and the district council, said: “Our residents, particularly those on the neighbourhood plan group, are going to be bitterly disappointed because so much work went into the original plan and it was understood it would be valid until at least the end of this year.

“There will be a sense of despair that the many hours’ work they put in has been brushed aside by an unelected official who has just bowled in from Bristol with no prior understanding of the situation.

“This is a huge shock to the village and will have a huge impact on both the community and the AONB it sits in.”

Councillor Leigh Rawlins, who also represents the village on the district council, said the decision was “devastating”and appeared to open the floodgates in favour of the “anything goes” approach of the Government.

“They seem hell-bent on concreting over our AONB countryside,” he added.

Cllr Rawlins said the inspector had denounced the local plan as being unfit for purpose in this case but the document was only recently examined and approved by another inspector.

He said: “In my view our planning system is increasingly a mess and this decision is yet further evidence of that. Residents and electors deserve better.”

Inspired Villages said Sonning Common would benefit from the development because more than 25 per cent of residents are aged over 65, one of the highest proportions in the district.

But Cllr Rawlins said: “These luxury retirement units will sell for an average of £600,000 each with £6,000 per annum service costs, so they will not be taken up by many local people.”