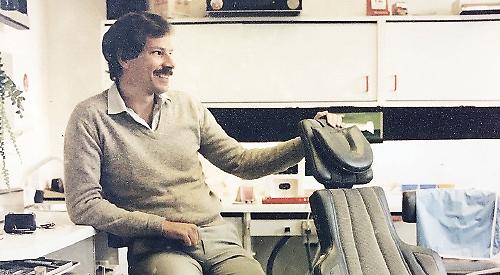 AN old dental practice in Henley is to be converted into housing against the wishes of town councillors.

Jonathan Parkinson, who owns the building, asked South Oxfordshire District Council the planning authority, for permission to change the use of the site to make it suitable for two flats. The proposal also includes a single-storey rear extension.

Henley Town Council recommended refusal, saying it would be wrong to lose an “essential community facility”. There were also concerns about a lack of parking and additional traffic problems in the area.

However, the district council’s planning committee voted to approve the application.

Henley councillor Ken Arlett spoke against the application during the committee meeting, saying: “Quite simply, we cannot keep building flats and houses and not have parking. This is a prime example.”

Fellow Henley councillor Lorraine Hillier said: “I don’t support this application because I don’t agree with building flats where people can’t park nearby.

“I don’t hold with the view that there is plenty of on-street parking because the reality is there isn’t.

“I’ve also got concerns about not looking at wider employment uses.”

Mr Hurst spent two years trying to sell the business and keep it as a dental practice but was unsuccessful.

Mr Parkinson said the reason that a buyer was not found was that there were at least five other dental practices in Henley so the market was “saturated”.

He told the meeting that residential use would put less strain on parking than keeping it as a business.

He said: “I am not only the applicant but also a local resident who regularly uses Henley and its amenities.

“I am very much part of this community and this application represents a sympathetic redevelopment of an otherwise redundant premises into something that adds benefit to our town. I have been involved in the dental industry since 1998 and have run my company from Henley for several years.

“I was a regular at the Montreal practice. This eventually led to me purchasing the property in 2018 with the sole intention of improving the chances of the business to continue and to protect my turnover.

“I strove to find a dentist to take over and marketed it accordingly but achieved zero interest, despite my wide-reaching network within the dental industry.

“There are six practices in Henley, one within 300m of Reading Road.

“To restart a dental practice on this site would involve building a completely new patient list as all patients were transferred to Royal House Dental.

“I can say with certainty that no current resident of Henley would be without the ability to seek dental treatment.

“It is a sensible development of the building, which has become redundant in its current form.

“It has no hope of returning to a dental practice and other retail uses cannot compete with the service station opposite the site and the nearby Tesco.”

He said the proposal was not unlike the conversion of the former Opal picture framing shop on the corner of Reading Road and Quebec Road into three flats in 2015.

The council’s highways liaison officer said the scheme would ideally be a “car-free development” due to the proximity to rail and bus links and walking distance to the town centre.

He said the applicant had commissioned a parking survey, which demonstrated adequate capacity for on-street parking in the immediate area overnight.

Officers said alternative permitted uses would probably result in changes to the amount of traffic, so there were insufficient grounds to refuse the application on the grounds of parking.

They also said there was a great need for smaller dwellings. The plans included cycle storage to encourage alternatives to car travel.