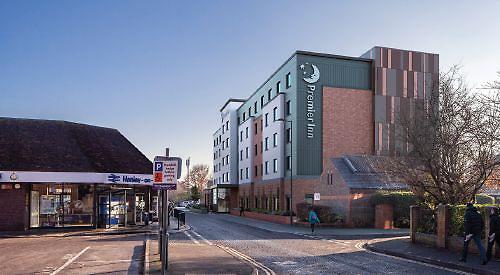 PLANS for a five-storey hotel at Henley station car park have been recommended for refusal.

The town council’s planning committee says the proposed Premier Inn, which would have 115 rooms and would be built in a modern cladded style, is too big and out of its keeping with its surroundings.

At a meeting on Tuesday last week, members warned it would bring more traffic to the town’s medieval streets, which are already congested, and would dwarf neighbouring homes so urged South Oxfordshire District Council to turn it down.

Councillor Laurence Plant said the application by Blocwork, a partnership between the landowner Network Rail and developer Bloc Group, of London, was objectionable on “pretty much every available ground” and “totally out of keeping with the street scene.”

Councillors said the loss of about 60 parking spaces on the hotel footprint would cause problems although Blocwork will provide 12 more elsewhere and Network Rail insists the old ones, many of which are currently leased to nearby businesses, aren’t needed.

Premier Inn says the hotel will add £1.9 million a year to Henley’s economy and occupancy would be high all year round while the site is already “urban” in character.

Network Rail intends to create 55 extra parking places at Twyford, where there is a shortage, and possibly more elsewhere.