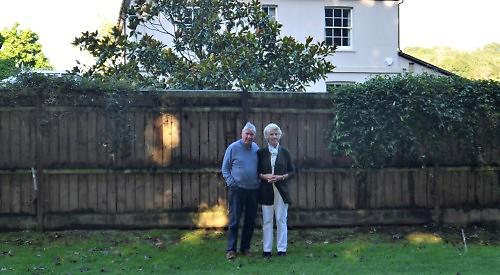 RESIDENTS are trying to a stop a 15m high 5G phone mast being erected outside their homes.

CK Hutchison Networks has applied to South Oxfordshire District Council, the planning authority, for permission to install the mast on the pavement outside Swiss Farm in Marlow Road, Henley.

The company says it is in the process of building the UK’s fastest
5G network but this requires equipment and antennas that are “quite different”.

It says the design of the mast would minimise the visual impact on the street scene by “integrating with the existing street furniture”.

But residents of Marlow Road say the mast would be an eyesore and are concerned that it could affect their health.

Joseph Borlase, managing director of Swiss Farm holiday park, said the mast would “tower” above his parents’ house about 20 yards away from the proposed location and it would “ruin” the approach to Henley for drivers coming from the Marlow direction.

He said: “It could be seen from all over Swiss Farm, which is a beautiful tourist spot and home to hundreds of people.

“The way I heard about it was from some activists putting a letter through my door.

“Initially I didn’t think much of it as I thought, ‘It’ll be a small antenna being put up nearby’ but I went on to the council’s planning portal and was horrified.

“It looms over everything and it’s close to the farmhouse. It’s close to my house, my parents’ house, my sister’s house and the holiday park. My parents are distraught. My mother has thought about moving home because she’s that upset.”

Mr Borlase, who has been running Swiss Farm since 1997, said he also concerned about the “unknown effects” of the mast.

“I question the health risks of it,” he said. “There’s no background on the application so it could be releasing radiation everywhere — it’s the fear of the unknown.

“I don’t want to stand in the way of progress but without them specifying what it’s going to achieve, I just don’t know. There has been no consideration for people.”

His parents, Stephen and Karin Borlase, say they object to the mast “in the strongest terms”.

In a letter to this week’s Henley Standard, the couple say: “We have had neither notice of this nor the courtesy of a consultation.

“Had it not been for the fact that we are in an Area of Outstanding Natural Beauty, so the application requires planning permission, we would have known nothing about it until it appeared uninvited to overshadow our lives.

“Apart from the questionable health risks associated with these installations for all those living in their shadow, it would be a constant eyesore, not only to anyone entering or leaving the town along our leafy road, but also to all the residents of Swiss Farm Park homes and the thousands of tourists who we welcome each year from all parts of the world. It would be visible from every corner of our beautiful camping fields.

“The evidence as to the safety of these masts is far from conclusive. Many people do not choose to question it but our research has shown us that we should be concerned.

“This mast would tower over the nine dwellings almost directly beneath it and a proportion of the 87 homes on the residential site.

“Many people with sensitivity to electro-magnetic waves have reported, among many other health problems, a continuous humming sound which can seriously interrupt sleep. We have to ask why should such an intrusive and contentious piece of technological equipment be placed in such a conspicuous and unsuitable place?

“We were expecting a much-needed pedestrian crossing be put near our busy entrance shortly, not this monstrosity.”

Residents spoke against the application at a meeting of Henley Town Council’s planning committee, which recommended it is refused.

Louise Pearson, of Marlow Road, said: “Why put it so close to houses when there are two large rugby pitches and two huge fields next to the river across the road?”

David Palmer, who lives in Swiss Farm, said: “While even at my age I am all for new tech knowledge, the effects on public health are still a million miles away and before these installations are put close to people’s homes more should be done about the safety aspect on health.

“If we have to have a mast there is plenty of open space in the area away from homes where it could be sited but no doubt big business will get its way despite any valid objection.”

Michael Carver, of Wargrave Road, said: “It should be considered that a mast of 15m is totally inappropriate within such close proximity to housing. Aesthetically, the mast would be an eyesore so close to Henley. This should be placed in an area less close to housing.”

The district council is due to make a decision by next Thursday.