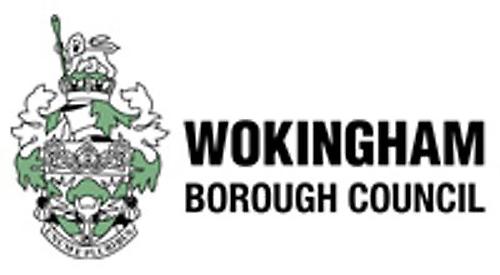 A WOMAN has been refused planning permission for a large new house as it would have been too close to ancient woodland.

But her application was rejected by Wokingham Borough Council, the planning authority, after it received objections from the Woodland Trust, which seeks to preserve native woodland, and Charvil Parish Council.

Plans by another applicant for a five-bedroom home on a site nearby was rejected by the council in April 2016 but the decision was overturned on appeal.

Ms Kneafsey argued that her development would be suitable for the size of plot.

A statement submitted by LAUK Planning on her behalf said: “From all public views, the proposed dwelling would appear in the context of the existing group of dwellings on the east side of Waingels Road and would form a natural and logical extension to the street scene.

“The plot size is characteristic of other examples found in the site’s surroundings.” But a planning officer’s report for the borough council said there were several material differences between Ms Kneafsey’s application and the previous one.

It said: “The application building is closer, being 9m to the nearest tree stems and 6m from the woodland itself.

“The property includes associated operational development in the form of a new access well within 15m of the woodland, whereas the [other] scheme was oriented so that the driveway and rest of the house were appreciably further away from the ancient woodland.”

The Woodland Trust said the development would be detrimental to nearby Norris Copse.

Nicole Hillier, a campaigner for the charity, said: “This application is for the construction of a dwelling within close proximity to an area of ancient woodland.

“Ancient woods and trees are irreplaceable habitats — once lost they are gone forever.

“When land use is further intensified, such as in this situation, plant and animal populations are exposed to environmental impacts from the outside of a woodland.

“In particular, the habitats become more vulnerable to the outside influences, or edge effects, that result from the adjacent land’s change of use. These can impact cumulatively on ancient woodland — this is much more damaging than individual effects.

“If a 15m buffer is not likely to be feasible for implementation in this instance, the trust recommends refusal.”

The parish council said the site was designated as countryside where new development should be discouraged.

It said there were “significant” differences with the previous application, explaining: “This site is significantly smaller and the proposed dwelling would look cramped in relation to the existing dwellings on Waingels Road.

“Moreover, it would mean development extremely close to the boundary of Paddicks Patch, a scout camp site and one of the last remaining pieces of ancient woodland in the area.

“At present, the development tapers off as it approaches this site and is similar on the other side of the woodland and this development would abut the woodland directly, which is far from ideal.”

In refusing the application, the borough council said the house would have an urbanising effect on the character and appearance of the area due to the loss of landscape features, trees and hedges.

Marcia Head, service manager, planning regulation and compliance, said: “The application site is within an area where there is known historic contamination and the application fails to demonstrate that the health of future occupiers and construction workers would not be impacted by contamination.

“The proposed development would have a detrimental impact on the ancient woodland, which is an irreplaceable habitat.

“The proposed building and intensification of the plot [is] well within the minimum 15m buffer zone set out in Government guidance that is required to protect ancient woodland and individual trees within it.”

She also said the application had failed to demonstrate sufficient visibility splays.