I can help Henley regain its vitality after pandemic 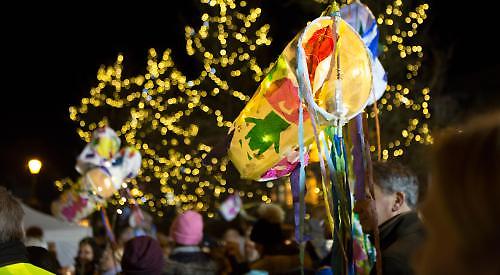 HENLEY needs to recover its vitality following the coronavirus pandemic — and he’s the man to make it happen, says Craig Buckby.

He is the new town manager, who is responsible for increasing footfall in the town centre, making sure it is a vibrant place for residents, businesses and visitors.

Mr Buckby has arrived at a difficult time for retailers as they try to recover from being closed for months due to the covid lockdowns and encourage people to go shopping in the high street again rather than online.

Henley is better off than many places with a series of new businesses opening, especially in the food and drink sector, and a shop vacancy rate of less than nine per cent compared with the national average of 16 per cent.

Mr Buckby, 58, has a wealth of experience and believes he can help build on the positives which attracted him to the job with the town council.

He says: “I saw the opportunity in Henley and, having worked in Oxford, I knew it was a beautiful part of the country. It has a real vitality to it.

“I was attracted to the job because of the place itself, the fact it has got the vibrancy and an amazing history.

“It’s nationally known as a go-to place and I can see that people are passionate about the town centre.

“I think it’s possible that Henley will come out of the pandemic and get that vitality back. I want to ensure that happens. The road to recovery is something I can help with. I’m very impressed with the energy of the town council, particularly of the Mayor. With that sort of support, officers like me can do good things.

“I’ve got 1,001 ideas. All the ideas that I have will be shared with councillors and businesses first because they need to have a say. I need to work out what’s possible and what isn’t.”

His first major event will be the Christmas Festival, which will take place on the evening of Friday, November 26 and normally attracts thousands of people.

“I’m not going to make any changes for Christmas this year because it’s all already planned and it’s too late to change anything,” says Mr Buckby. “But, come the new year. the events committee on the council will start looking at suggestions and possibilities for next year.

“For Christmas next year I would like to look at having an ice rink in the town centre, although it may not be possible because of
restrictions.”

“It was difficult because we didn’t know if we were going to have a Christmas or not,” recalls Mr Buckby. “I brought in festive lights and we also had 12 giant angels made of lights, which were named after 12 NHS workers.”

As well as honouring the work of doctors and nurses during the pandemic, the angels attracted people into Slough, where businesses were struggling.

Mr Buckby says: “The pandemic hit and things became difficult for Slough. Retail suffered badly, as it did around the country.

“My job became mainly advising businesses to help them get through the pandemic. It was business support really, helping them to apply for the right grants.”

Among his other ideas for Henley is to have some kind of trail for people to follow.

In 2015, he was responsible for The Big Hoot in Birmingham, where 100 individually designed owls were placed around the city for people to seek out.

“I’m confident these things will bring people in whether they spend money or not,” he says.

However, Mr Buckby wants to reassure residents that he will not change the town too much.

He says: “The fundamental aspects of the way Henley does things will not change and people need not panic that I’m going to change everything. I’m going to improve, where possible, what’s already happening and bring in some new activities. We’re focused on Christmas now and then the first three months of the new year will be when I look to consult and start up a meaningful conversation with businesses and stakeholders.

“My overall goal is to improve footfall in the town centre and visitors’ and residents’ browse time and spend. I want to make sure we get value for money in the things we do for residents and visitors.”

Mr Buckby also wants to build a relationship with The Henley College in order for the town to help students and vice-versa.

“I want to ensure that we can do as much as we can for young people, to get them ready for work,” he says. “I’d like to bring students into some of the differing workplaces in Henley. As we come out of the pandemic and start to recover, there will be a shortage of skilled labour in a range of areas.

“I want to work with business to make sure we’re all working in the same direction to give the shoppers and visitors what they want.”

Mr Buckby has succeeded Helen Barnett, who resigned in June after five years.

Born and raised in Leicester, he first worked in construction training, a civil service role, for four years before moving into local government regeneration with Leicester City Council.

He worked on the Leicester City Challenge for five years, which was a programme to revitalise and rebuild the city and implement training and skills.

He oversaw a single regeneration budget and the city’s New Deal for Communities programme.

He then moved to Oxford to become the head of communities and regeneration at the city council, overseeing projects such as the Asian Cultural Centre.

Mr Buckby then moved to Birmingham, where he worked on “place shaping”, which he says was the new word for regeneration.

He then moved to Slough just before the first lockdown began in March last year. He left earlier this year.

Mr Buckby lives in a flat near Eton with his wife Sharon and has two grown-up daughters.