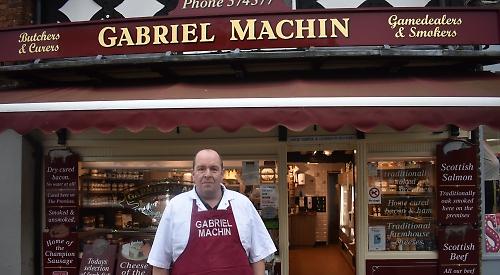 HENLEY market place could be closed to vehicles to make it a more attractive place to visit.

The idea has been put forward by Mayor Sarah Miller who wants to add more seating and have more stalls on market days.

She wants to close the westbound carriageway of Market Place from the main crossroads to the entrance to Greys Road car park.

The town council is to consider a one-day trial closure on either Thursday, May 12 or 19, which are both market days, when it meets on March 1.

Depending on the success of any trial, there could be a regular programme of closures.

The council says that permanent pedestrianisation is not being considered at the moment.

In a report on the idea, town clerk Sheridan Jacklin-Edward says banning traffic could reduce noise and traffic pollution.

He says there is demand for more market stalls as well as more space to allow pedestrians to move about more easily.

He says pedestrianisation increases economic activity but that it might negatively affect businesses outside the pedestrianised area and some might perceive it to be of no benefit to them.

Mr Jacklin-Edward says a trial or a temporary road closure would not realise the full benefits of pedestrianisation but could provide valuable data to help the council make a decision.

He suggests that data is produced on traffic flow around the town before and during the road closure, air quality data is checked and says that businesses, residents and visitors should be asked their opinions.

Some businesses have welcomed the idea but others raised concerns about deliveries and access for emergency service vehicles. Andy Kelly, manager of the Argyll pub, said he would like to have outdoor seating right outside the pub instead of near the Cheesy Grape on the other side of the square, where it is currently.

He said he spends about 90 minutes a day carrying tables, chairs and parasols across Market Place, adding: “It would be far easier if we could have them just outside.”

Mr Kelly said he was fully in favour of closing the road.

“It’s nonsensical to have traffic coming through here,” he said. “If you look back at old photos this was a market place, not a road. It should be a market place.

“It would be very beneficial if everyone could put out a bit of furniture. It would be a better experience for customers.”

But Barry Wagner, owner of butchers Gabriel Machin, was against the idea.

“I think this idea is mental — the retail industry is struggling enough. We need to encourage more people into the town which involves getting customers in and out, free flowing and congestion-free, not stopping traffic. This simply hasn’t been thought through.

“I don’t think we need more market stalls. We should be helping local businesses that pay rent through the year rather than people who come in from outside the town to sell their produce.”

He said: “The cars going past bring a bit of life to the area — you don’t want it empty.

“We have outdoor seating on the other side of the road and that’s fine for us.

“I’m concerned that it would affect deliveries and they’d have to park in a different location and bring it through.” But Paula Dore, assistant manager at Moda in Pelle, said: “I think it’s the right thing to do. The traffic that goes through doesn’t support our business, they’re going to the car park or to Waitrose.

“Our deliveries come at 6 o’clock in the morning and hopefully they’d still be allowed to come at that time.”

Julie Collins, manager of Joules, said: “I think it’s a good idea because it would stop the traffic and the traffic is a problem for us.

“Somebody was knocked down at the front of the shop which one of my staff unfortunately witnessed.”

Becky Benson, who owns the Cheesy Grape, said: “I don’t see it being an issue. We have quite a decent outdoor seating space anyway but more would be great.

“It’s such a nice area, especially in the summer when it would be good to have more seating.

“People can work deliveries around a closure if it’s only once a week. We had our delivery on a market day and changed it.”