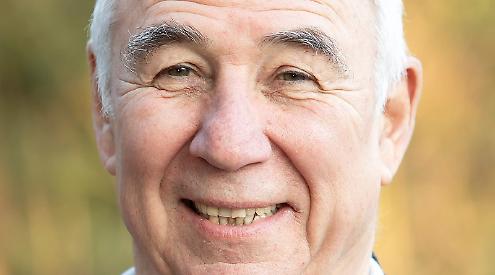 THE former leader of Wokingham Borough Council has taken a swipe at his rivals.

John Halsall spoke out after his Conservatives lost control of the authority for the first time in two decades at the recent elections.

They lost five seats while the Liberal Democrats won nine and the Labour Party picked up one, with two independents.

The Tories are still the largest party with 26 seats but the other parties have formed a ruling coalition called the Wokingham Borough Partnership with a total of 28 seats.

Councillor Halsall, who represents the Remenham, Wargrave and Ruscombe ward, has resigned as leader of the Conservative group, saying the election defeat “happened on my watch”. In a message to the coalition, he said: “You inherit a pristine Rolls-Royce firing on all cylinders with barely a scratch. Please treat it with respect. Do not crash it, as in the past.

“The Lib-Dems must deliver on all the promises they have made, which are numerous. You must become Liberal and Democratic, traits which presently seem absent.

“Our independents are now independent in name only having taken the Lib-Dem whip, a path which sadly seemed only too inevitable.

“Labour have abandoned Labour principles to become the driving force in the coalition. A vote for the Lib-Dems is to get Labour both nationally and locally.

“I shall watch with interest how the future unfolds from the relative calm of the backbenches.”

Cllr Halsall, who had led the council for three years, said he was proud to have steered the council through the coronavirus pandemic and the war in Ukraine.

He said: “We are the finest council in the land on many counts: the healthiest, most prosperous and one of the most desirable places to live with the lowest level of deprivation.

“We have not cut services, rather we are opening leisure and community centres and libraries. Unusually, we collect bins every week.

“Our financial management and prudence are rated as among the very best, despite having the lowest level of government funding. It is the result of 20 years of good Conservative administration.

“I am very proud to have been at the helm these last three years to steer the borough through the extremely challenging waters of covid, Ukraine and restructuring.

“I have never forgotten that we are here to serve our residents.”

Cllr Halsall said he had been the first council leader to declare a climate emergency and to forbid discharge from hospitals into care homes, against government diktat.

He also led a campaign against government planning reforms, which have since been dropped.

Cllr Halsall, who has lived in Remenham for more than 40 years, said: “Every field, tree and blade of grass lost is deeply painful to me. I am delighted that the planning reforms have now been officially abandoned but it is still necessary to substantially lower housing numbers in the South-East, giving control of development to local authorities and residents.

“I have created the platform for job creation and prosperity for many decades to come.

“I was able to achieve a lot in a short period of time because of the wholehearted support of our professional team of officers and directors, who are second to none.

“They espoused the can-do innovative behaviour that I wanted and, in making mistakes, learned from them without fear of censure. We have done some remarkable stuff.

“I have been very proud to be at the head of such a brilliant
organisation.”