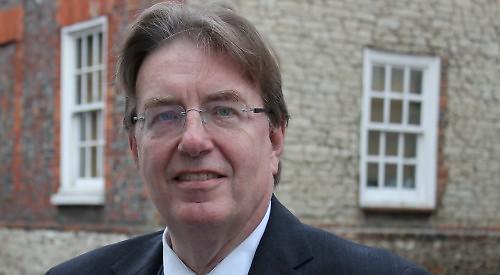 A FORMER mayor of Henley has criticised John Howell for not responding to questions about licences for outdoor seating in the town centre.

Ken Arlett is unhappy that the town council is losing income of about £24,000 a year due to temporary legislation brought in by the Government to help businesses provide outdoor eating spaces during the coronavirus pandemic.

The council normally charges businesses renting space in Market Place thousands of pounds each with large companies such as Starbucks paying more than local businesses.

But the Business and Planning Act 2020 means a local authority can charge only £100 to any business renting an outdoor eating space. The law came into force in April last year and will not end until September.

The council wrote to Mr Howell to ask how he thought the shortfall should be recouped but he did not reply.

Councillor Arlett, who was mayor when the pandemic began, said this was not acceptable.

Speaking at a meeting of the council’s recreation and amenities committee, he said: “We wrote to John Howell on this a while ago. Have we had any response? I have written to him on a couple of points and have had no response. Is it just me?

“We are losing £24,000 a year on a one-size-fits-all from government where we can only charge £100. Where maybe in the centre of London they can probably afford it, I don’t know why should we lose out on £24,000 a year just for some government policy.

“One would imagine that our MP would at least come back to us with an answer to our question why is it one-size-fits-all. I don’t think it should be.”

Town clerk Sheridan Jacklin-Edward said: “It was temporary emergency legislation that was put in place to help businesses.

“Usually seating licences would be issued by a principal authority where the income would be relatively small in comparison to the income that we as a council receive from them.

“I would hazard a guess that the impact on virtually every other licensing authority would be negligible so it would only be ourselves really who are greatly impacted by that versus a lot of businesses which have obviously benefitted greatly from the legislation. Also, the legislation does come to an end at the end of September.

“I very much doubt that anything could be done retrospectively so hopefully we only have to wait it out for another four-and-a-half months or so and then it should be back to normal.”

Cllr Arlett, a member of the ruling Henley Residents Group on the council, replied: “What you say is totally correct and I don’t have a problem with that but why haven’t we had a response from our MP — that is more of a concern.

“We are paying money out there to clean it [Market Place], which is absolutely dead money now because we are getting no income in to pay for that.

“I think the likes of our MP should be responding to this to see the problem we’ve got and what it’s costing us.

“I think you should send him a letter tomorrow and politely ask why we haven’t had a response. It has been four months now.”

Councillor Kellie Hinton added: “Now the Conservatives have control over so few councils in the United Kingdom I think they really are out of touch.

“I think there is now a real disconnect between local councils and the
Government.”