Christmas festival could be extended into whole weekend 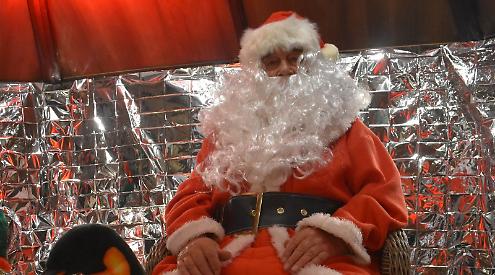 THIS year’s Christmas Festival in Henley could be held over three days.

The event has taken place on the evening of the last Friday in November for years but now activities and events could be staged on the Saturday and Sunday as well.

The longer celebration was suggested by new town centre manager Laurie-jane Cann, who says the move would support retailers and make the festival more accessible to residents.

She said: “I am not here to reinvent the wheel but I do think Christmas in Henley should not just be the lights switch-on and not just the Friday night.

“It should be spread out over the weekend to encourage more people to come in and to make it more accessible while taking away the pressure from the shops to stay open late.”

Mrs Cann, who was speaking at a meeting of the town council’s events sub-committee on Monday, said: “We can ask retailers to do late-night shopping but we should do more to convince them to do Saturday and Sunday and they should be doing Christmas window displays as a matter of course. We should do a Christmas or festive walk where people go into the shops which are offering mince pies or candy. It’s about getting people through the door. The most important thing is to advertise it.”

She said she would ask retailers to do “spill-outs” from their shops.

Councillor Sarah Miller, who chaired the meeting, said: “It is a great idea to have the festival as a weekend event and getting some of the retailers to spill out.”

Philippa Ratcliffe, who runs Experience Henley, said: “We’re not putting stalls in front of people’s shops. They are creating the stalls and extending their shopfronts so I think most people would do it as long as they felt they were getting support to facilitate that.”

Mrs Cann said the council would be willing to “hand-hold” to begin with.

She said: “You don’t have to have a big budget to deliver a great event as long as you get the buy-in and things are well organised and you plan it, but a budget helps.”

Meanwhile, about six retailers responded to an email from the council asking for feedback on last year’s festival.

Criticisms included a lack of marketing and advertising of the event and an “insufficient” spread of stalls and attractions in Bell Street and Duke Street.

“Pancake van outside shop blocking entrance with a noisy generator.”

“We were told not to open. Told it would confuse the public. So you invite a bunch of external companies in, who don’t pay business rates, and get them to represent the town. You don’t care one iota about local business.”

“You had someone build a stall right up to the windows of our shop at 3pm while we were still open.”

“Nothing worked well, especially in Duke Street. The lights at the end of Duke Street were not working on festival night and the trees were not lit.”

But the traders said that the mix and variety of attractions and stalls worked well, as did the introduction of a performance stage in the Market Place.

They also praised the organisation of the event and the cleaning and clearing up that was done before the next day’s trading.

Suggestions for this year included better communication with retailers, putting together a map of attractions, placing food stalls away from shops that are opening and having more entertainment in different areas.

Cllr Miller said: “We had a good variety of stalls and good entertainment on the stage and people could actually see the acts and see what was happening.

“But there were so few councillors helping — we need to give them a good kick. We need a posse of people.”

Mayor Michelle Thomas said she hoped her new volunteer network would be able to help this year.

• This year’s Christmas Festival is currently scheduled to take place on Friday, November 25.