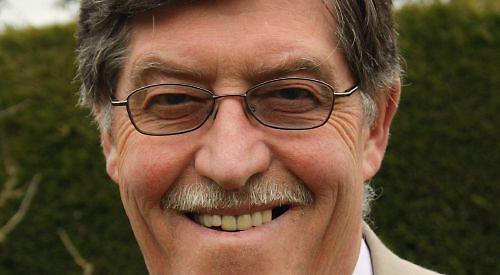 THE number of potholes in Henley is declining, says a councillor.

Stefan Gawrysiak said more than 4,000 craters and minor defects had been repaired over the last five years.

But he said there were still a small number of roads that needed attention.

Councillor Gawrysiak, who has represents the town on Oxfordshire County Council, the highways authority, since 2017, was speaking at a meeting of the town council after being accused by Councillor Will Hamilton of not doing enough on road repairs.

“Actually, the number of potholes is declining,” said Cllr Gawrysiak. “Potholes will happen. It is the nature of roads and winter etc. The only way of getting rid of potholes is to actually re-tarmac every street.”

He said work was still needed on part of Reading Road and Greys Hill and that resurfacing was due to begin in New Street on July 5 at a cost £400,000.

Cllr Gawrysiak said: “There will be no road closures, except in the third weekwhere there will be night-time closures when they grind out the raod and retarmac it.

“All those details will be going to the businesses and residents of New Street and Thames Side.”

He also accused Cllr Hamilton of posting “spurious” comments on social media about the emergency closure of Duke Street for several days last week due to a gas leak.

He said neither he nor Henley Residents Group was responsible for gas leaks.

“Gas leaks are the responsibility of the gas company and they have a safety consideration and that’s why Duke Street was closed,” said Cllr Gawrysiak.

Cllr Hamilton, who was not at the meeting, told the Henley Standard: “The streets of Henley are the worst they have been over the last five years.

“[Cllr Gawrysiak] can say there has been more investment but they are still in a shocking state.”