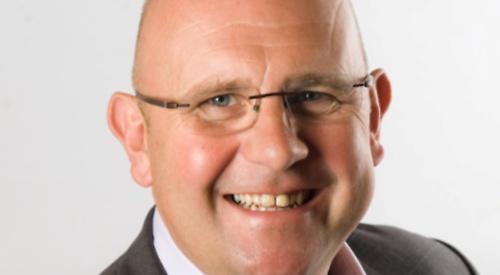 A COUNCILLOR has refused to apologise for criticising Henley Town Council for continuing to buy gas from a Russian-affiliated energy company.

Will Hamilton raised the issue at a meeting in April and said town clerk Sheridan Jacklin-Edward should have found an alternative
supplier.

The council pays a fixed amount of about £6,000 per year to Gazprom Energy, the UK arm of the Russian state-owned company, to supply council-owned buildings such as the town hall, King’s Arms Barn and the Old Fire Station Gallery.

Councillor Hamilton said: “I understand that the town clerk has to provide value for money but he should have moved us away from Gazprom once the war started.

“The reality is that we should do what is right and it shouldn’t be about money. We should move the supplier to good people instead of bad people.”

Mr Jacklin-Edward said he wanted to end the contract “as soon as possible” but feared it would incur a penalty. The contract is scheduled to run until December 31, 2023.

Cllr Hamilton came under fire himself from members of the ruling Henley Residents Group at a council meeting on Tuesday last week, which he didn’t attend.

Councillor Ken Arlett said: “This is the problem when you tell someone you are going to ask them a question and if I hadn’t told him I’m sure he would have been here.”

Councillor Ian Reissmann called on him to withdraw his comments, saying they were “inappropriate” and “unfair”.

He said the council was continuing to try to cancel the contract and find an alternative supplier.

Cllr Hamilton told the Henley Standard he had been unable to attend the meeting due to a work engagement and he had not known that he was going to be asked a question.

He added: “[Cllr Reissmann] can think what he likes about my comments but if the officers have not done something correctly, they need to be questioned. That is how life is.

“Criticism was due and I felt strongly about it so I raised the point at the committee meeting, which is what it is for. I will not be apologising.”

Although Gazprom does not sell gas from its Russian parent company, many businesses across the UK have chosen to exit their contracts with the supplier due to its close connection with the Russian state.

Henley MP John Howell called the council “disgusting” for buying gas from the company, saying it was a “kick in the teeth” for local residents taking in Ukrainian refugees.

Mr Jacklin-Edward said the question of cancelling the contract was asked of the council’s broker as soon as the war began. He was keen to terminate the contract but it was important to avoid “gesture politics”. Mr Jacklin-Edward said: “Henley Town Council has publicly denounced the invasion of Ukraine and we actively support and contribute towards the humanitarian efforts in aid of the people of Ukraine.

“As with other UK gas suppliers, Gazprom Energy sources its gas from the wholesale market, including the North Sea and Qatar, rather than directly from the Russian gas producer Gazprom PJSC.

“We note that Gazprom Energy, which is part of Gazprom Germania, is no longer under Russian control. However, we still remain very concerned about where the company’s profits go. For that reason, we are keen to end our contact with Gazprom Energy as soon as possible.

“As it stands, terminating our contract would mean the council would be liable for damages and be in breach of procurement law.”