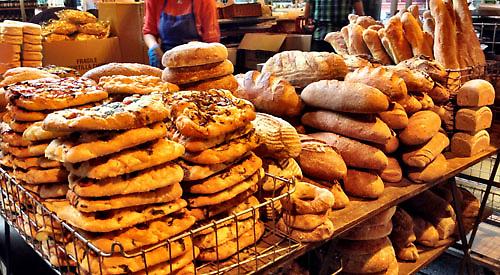 A FORMER mayor of Henley says he is “concerned” at the number of bakeries in the town.

Ken Arlett spoke out at a meeting of the town council’s planning committee, which was considering an application by bakery chain Ole & Steen to convert the former Superdrug store in Market Place.

It comes after last month’s opening of Gail’s Bakery in the former H café unit, a few doors away.

Delicatessen Pavilion, which opened in Market Place in December, also sells bread while bakery and patisserie Franco-Belge in Duke Street was refurbished earlier this year.

Councillor Arlett said: “I am really concerned about this application but there is obviously nothing we can do about it. We have just had a bakery move into the Market Place, we have got Franco Belge round the corner that’s doing okay and now we have another proposed baker coming into the town. I cannot get my head round that.

“I’m surprised they would come in with two competitors… [it] makes absolutely no sense whatsoever.”

Councillor Tom Buckley responded: “There is a difference in the products. If you look at Gail’s it is not the same product that you have in Franco Belge. There’s definitely space in the market.”

Ole & Steen, which specialises in Danish bakes, was started 30 years ago by brothers Ole Kristoffersen and Steen Skallebaek, who both had their own bakeries before joining forces.

They have 17 outlets in London and one in Oxford.