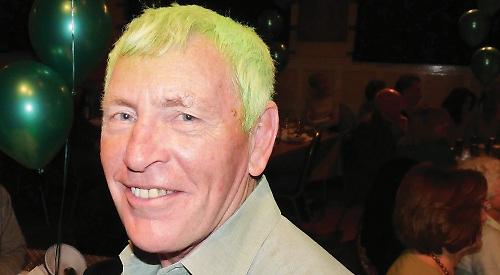 AN Irish-themed party raised £450 towards the upkeep of a village green.

About 80 people attended the event at Crazies Hill village hall, with many wearing fancy dress and the colour green.

Entertainment was provided by the the Riverdance Trio, from Leicester, who were joined for a dancing demonstration by Dave Smith and Graham Tweddle, who are members of the Crazies Hill and Cockpole Green Residents’ Association which organised the event.

There was also Irish food on offer with beef and Guinness pie and chocolate pudding topped with Baileys-flavoured cream.

Mr Smith, the assocation chairman, who dyed his hair green for the occasion, said: “The evening was a great success with everyone saying they enjoyed themselves and that it was one of the best events we had put on for a couple of years. The village green is held in trust by the association so the money will pay for its third party insurance as well as its upkeep as we also keep it tidy and mown.”

The association’s next event will be a barbecue outside the hall on June 10.