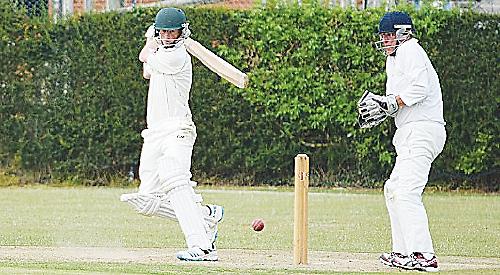 HENLEY Cricket Club’s Euan Woods scored an unbeaten century to steer the England Young Lions to a comfortable victory in the second match of their training camp in Dubai.

The Young Lions had been heavily beaten in their first match against a UAE XI on Sunday of last week, when they were missing four of the five specialist seamers selected in the squad because of injury or illness.

But boosted by the return of two of those seamers, they restricted the UAE to of 23-8 in their 50 overs at the ICC Academy.

Batting under the floodlights, the Young Lions slipped into early trouble at 42-4. But Woods, an 18-year-old who is a member of the Surrey Academy and scored a century in Berkshire’s Minor Counties Championship triumph against Lincolnshire in August, responded with an unbeaten 117 from 115 balls, with 13 fours and a six.

He was given good support by George Bartlett and by Delray Rawlings, Sussex’s Bermuda-born left-arm spinning all-rounder, who joined Woods in an unbroken seventh-wicket stand of 79 which steered the Young Lions home with almost nine overs to spare.

The Young Lions now switch to red-ball mode, ahead of a three-day match at the Dubai International Cricket Stadium, also against a UAE XI. This will complete their preparations for an England U19 tour of India in the New Year, which includes five one-day matches in Mumbai, followed by two four-day games in Chennai.