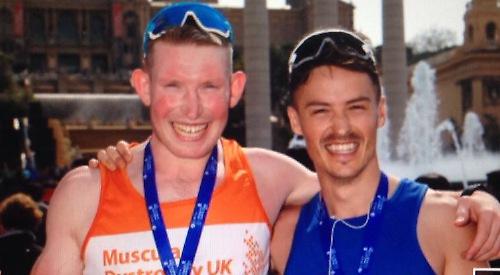 The duo were both raising money for charity and both exceeded their target amounts of £1,000 each. Roberts raised just under £1,700 for his chosen charity, the Professional Cricketers’ Association Benevolent Fund while wicket-keeper Davison raised just over £1,950 for Muscular Dystrophy UK.