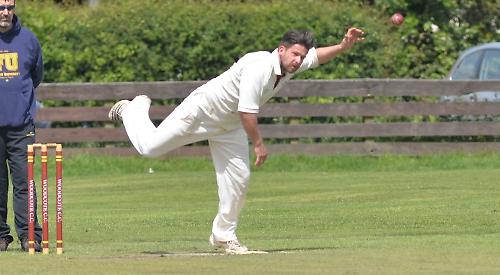 KIDMORE END, visiting WOODCOTE for the first time in a number of years, ran out winners in Sunday’s 70 overs friendly match.

On a wet pitch, both sides struggled with the bat. Kidmore End were bowled out in less than 27 overs with Jaimee Jose and Sean Bell the pick of the Woodcote bowlers.

Kidmore began disastrously and lost four wickets before reaching 50, but their innings was rescued by a good half-century by Leonard.

At tea, a Woodcote victory looked likely, but tight Kidmore bowling soon altered that perception. Only Simon Fuller and Scott Allaway looked capable of runs in the top half of the batting and late flurries from Sean Bell and Jonny Clark kept some hope alive but the bowlers were always on top, especially Rizwan who took 5-11 in just over five overs. Umer also bowled an accurate spell for his 3-33.

Woodcote were eventually bowled out in under 26 overs to lose by 26 runs.