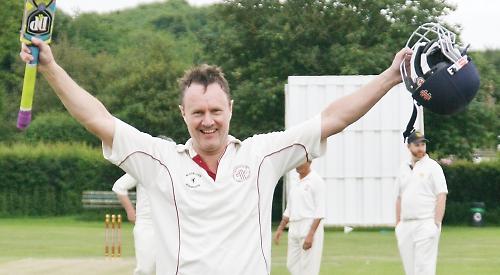 SIMON FULLER, in his 23rd year as a player for WOODCOTE, hit his maiden century against visitors BBC CAVERSHAM on Sunday.

Fuller opened the innings, putting on 93 with Crawford Anderson, and brought up his hundred with a six over square leg. He remained unbeaten on 109 at the end of the innings.

Jez Mayo and James Worsfold chipped in with useful runs to take the Woodcote innings beyond the 200 mark. BBC never looked likely to get close to the Woodcote total, but T Castle batted throughout for his 60 not out as BBC lost by 50 runs, to provide Woodcote with their first Sunday win of the season.