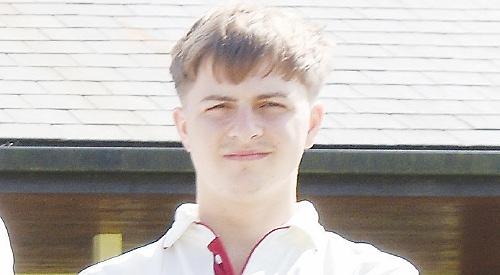 Fawley were put into bat and were soon struggling at 7-2 but some very enterprising and hard hitting from Tom Maskell and Tom Gray saw them push the run rate along to eight an over.

Sonning Common managed to stem the tide with some tight bowling towards the end with Chris Gallimore and son Louis taking six wickets between them and Steve McGrath bowling some tidy leg spin at the end.

With Fawley posting a score of 252 to win, Sonning Common were not only looking to break their record for a run chase, they would also need to post one of the highest scores in their history.

They started brightly with Howard Cooke hitting a four from his first ball and Louis Gallimore a six and were certainly pushing to reach the target.

Wickets fell regularly with only Louis Gallimore consistently finding the boundaries and keeping the scoreboard ticking over. He soon reached his half century completing a 50 partnership with Steve McGrath who added 23 and then another half century partnership with his dad Chris who hit 17. It looked like he would run out of batting partners but by managing to keep most of the bowling he managed to carry his bat for a club record 159 not out and complete what was an unlikely victory with an over to spare, assisted by Duncan Mee who provided the anchor role at the other end.