Woods among runs as Berkshire march on 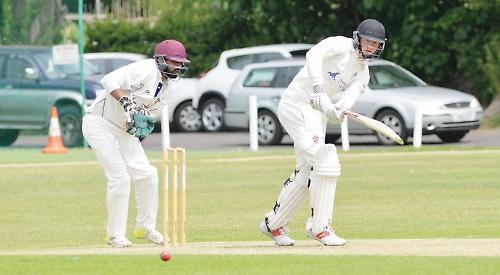 BERKSHIRE maintained their unbeaten run by defeating WILTSHIRE by 222 runs this week and are now 14 points clear at the top of the Western Division at the half-way stage of their campaign.

The reigning national title holders, who have not lost a Unicorns Championship match for nearly three seasons, were in control for much of the game played at Falkland CC.

They made 311 in their first innings with Andy Rishton hitting 93, Henley’s Euan Woods 82 and Chris Peploe 60. They then bowled out their visitors for 172, Ollie Wilkin taking 4-47.

On their return to the crease, Berkshire went on to score 288, so extending their lead to 428. Wilkin top scored with 69, followed by Peploe with 66, Dan Lincoln 47, Joe Thomas 31 and 16-year-old Archie Carter 30 on his championship debut.

Wiltshire were never really in the hunt after being reduced to 30-3 as their first three batsmen all fell to Henley’s Tom Nugent in the same over.

But they did offer some late resistance with Michael Reynolds and Henley’s Tahir Afridi adding 73 for the seventh wicket which fell at 202 with Nugent claiming his fourth victim of the innings by having Reynolds smartly caught by Andy Rishton in the covers for 48. Afridi, on 42, was caught behind by Henley team-mate Stewart Davison off Chris Peploe and it wasn’t long before the two bowlers cleaned up the tail, with Wiltshire being all out for 205.

Overall, it was another excellent all-round performance by the champions, skippered by Davison for the first time, particularly as they were missing James Morris, Richard Morris and Waqas Hussain.

For the Wiltshire second innings, another absentee was Wilkin, who suffered an elbow injury while batting when accidentally struck by a ball thrown from Wiltshire skipper Ed Young.

Wilkin and Richard Morris, who had sustained a leg injury while playing for Henley on Saturday, must both be considered doubtful for Sunday’s Unicorns Trophy semi-final away to Staffordshire, but skipper James Morris and Hussain are available.