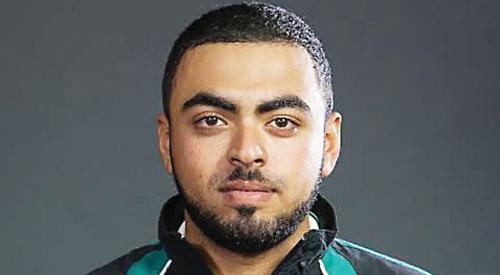 BERKSHIRE did not even have to be at their very best to beat STAFFORDSHIRE by 49 runs in their Unicorns Trophy semi-final at Stoke on Sunday.

With two key players missing, their batting did not reach its usual high standard but, with Waqas Hussain making 50 and Dan Lincoln 41, they managed to reach 213 in 41.1 overs on a good batting wicket.

“It was a good toss to win,” said captain James Morris. “Putting runs on the board first was pretty crucial in a game like this although we felt we were about 30 runs short of what we were originally looking for, but in the end the wicket helped us.”

The bowlers raised their game and, with the support of some excellent catches, they rolled over Staffs for 164 in 42.2 overs.

The victory means Berkshire will be playing Lincolnshire in the final at the Wormsley ground, near High Wycombe, on Wednesday, August 23.

It is a repeat of last year’s Unicorns Championship play-off at the same venue when Berkshire triumphed by 28 runs.

With that success behind them, Morris’s men will be expected to follow up next month, but their chances will be enhanced if they are able to field a full-strength side. Vice-captain Richard Morris (stress fracture of his left leg) and Ollie Wilkin (elbow injury) both missed the Staffordshire game and there are fears they will be sidelined for several weeks.

With Wilkin’s intended replacement, Martin Andersson, pulling out after going down with mumps, Berkshire kept faith with youngsters Sam Burgess and Joe Thomas.

Chris Peploe was promoted to opener on Sunday after Berkshire had won the toss, but he was to go, caught for 12 off as many runs.

But with Euan Woods (20), James Morris (32) and Andy Rishton (22) all making useful contributions, Berkshire were scoring at seven runs an over, suggesting a total nudging 300 was a possibility.

Hussain, who had scored a century for Henley on Saturday, smashed 50 with two sixes and seven fours, reaching his half-century off 46 balls, but next ball he returned a delivery back into the hands of spinner Sunny Singh to bring about a disappointing end to his innings. It left Berks on 96-3 with 15 overs gone.

But after Morris had chopped the ball on to his own stumps, the innings suffered a rather uncharacteristic slump, going from 139-4 to 158-8.

Lincoln, fast running out of partners, added 41 runs off 54 balls before being the last man out, having added 23 with Tom Nugent (13) for the ninth wicket and 32 with Ali Raja (4 not out) for the 10th.

If their batting fell short of its usual high standard, the same cannot be said about the bowling. It was absolutely superb, with spinners Peploe taking 2-12 off 8.2 overs and Euan Woods 2-24 from his full quota of 10 overs, the latter sending back Sam Kelsall for 34 and Tim Maxfield for 35, his side’s top score.

There was also a couple of victims for Nugent (2-39 off seven), while medium-pacer Hussain claimed 4-27, including two with successive balls. And Staffs, beaten in last year’s final, slumped from 140-5 to 164 all out.

Berkshire’s fielding was also in a different class to the home side, with keeper Stewart Davison and Morris, at slip, both taking two excellent catches.

But they saved the best until last with Lincoln, diving full length, taking a magnificent catch near the boundary to dismiss Michael Hill off the bowling of Peploe.

Skipper Morris commented: “We are obviously delighted to be going back to Wormsley to play in another cup final. We showed grit and determination and also character in a game where we were missing two big players in Ollie and Richard.

“I was very proud of how all of the lads played and approached the game from start to finish.

“The fielding, catching and bowling performance was as good as you will see. We took wickets at key times and created pressure on their batsmen.”

Berkshire, who have yet to lose a game this season, return to Championship action when they play Herefordshire at Finchampstead in a three-day game starting on Sunday (11am). The title holders hold a 14-point advantage at the top of the Western Division, while their visitors are second bottom following two draws and a defeat.