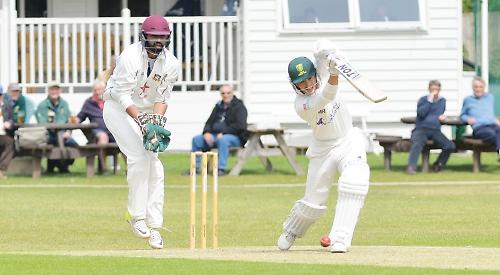 HENLEY missed out on a quarter-final spot in the ECB National Twenty20 competition, after losing to Birmingham Premier League team C&R Hawks in the final of their area finals day held at Bromsgrove Cricket Club on Sunday.

Missing seven regular first team players, and skipper Michael Roberts being the only player on the day to have not represented the 2nd XI during the course of the season, the Henley players who competed put in a good performance.

The semi-final, played against Northamptonshire Premier League side Finedon Dolben CC, saw Henley restrict their opponents to just 131 from their 20 overs.

This total, although relatively low by modern standards, represented a great comeback from being 2-3, thanks to good bowling by Zia Ashraf and Jordan and a smart run out by Gurveer Singh.

Along with Euan Brock, Simon Wheeler and Zac Jones, Singh was able to restrict the Finedon Dolben batsmen to only the occasional boundary, with Henley’s fielding coming to the fore yet again this season.

In response, Oldershaw and Jones got the innings off to a strong start. Despite then losing both openers in quick succession and Legg soon after, leaving Henley on 39-3, the experienced pairing of Roberts and Ashraf weathered the storm before guiding their side home in the 17th over. Roberts finished 55 not out off 42 balls, whilst Ashraf played the accumulator role, ending not out on 26. The win provided Henley with a strong blueprint to replicate in the final and after being asked to field first by C&R Hawks, they were confident of upsetting the competition’s form team.

Although Omar Ali, brother of Moeen, played a brutal innings in the first six overs to get the innings off to a flying start, Henley stayed calm and patient, coming back into the game as spinners Ashraf, Brock and Singh showed their class.

Again Oldershaw and Jones showed good intent up top, with Oldershaw playing some blistering strokes and showing the capacity he has to push for more regular first team action.

After losing wickets in quick succession Henley were unable to reproduce a match-winning partnership which saw them win their semi-final. The Hawks bowled well as the Henley batsmen failed to rotate the strike regularly enough, playing too many dot balls and allowing pressure to build.

Despite rallying towards the end of the innings with Barnes and Brock in particular, Henley left themselves with too much to do and finished 10 runs short of their opponents’ total.

Despite the defeat Henley captain Roberts was upbeat. He said: “I’m actually just immensely proud of everyone who played today. We were brilliant in many respects and showed great energy and attitude throughout the day.

“The club is in a healthy place if we are able to produce such quality cricket despite missing half a dozen regular team players. With a few tweaks in terms of how we play this format, I think we can go all the way next year.”