Opening batsman's top score in vain as visitors have the edge 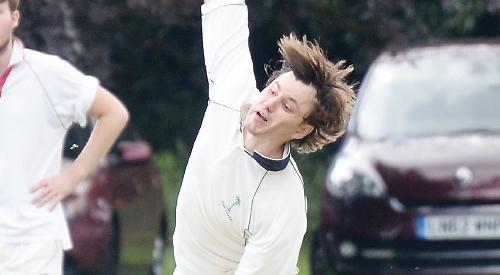 Batting first, Greys Green got off to a solid start before Dennis was dismissed for 34. Cross was positive, scoring four boundaries before he departed the same way, caught behind from off-spinner Grosvenor.

Meanwhile Butler was accumulating steadily, reaching an assured half-century, whilst losing two more partners and it was a surprise when he was dismissed for 65 with the Greys Green on 101-4.

Pheiffer, with help from Cusden, batted powerfully, striking four sixes and two fours in his 43 and together they added 70 before he was dismissed in the penultimate over. Greys Green had reached 175-6 at tea.

The Dorchester openers, with McComb at the forefront, opened aggressively but, with only nine players, there were too many gaps for Greys Green to plug and potential catches dropped into vacant spaces.

McComb was forced to retire, hurt, on 39 and the scoring rate fell but so did the rain. Turning down offers to retreat to the pavilion and, with the ball like a bar of soap, Greys kept the game in the balance but, needing six an over from the last six overs, youngsters Pugh, Clayton and Webber continued the chase and were rewarded when a close contest was decided, in Dorchester’s favour, with just four balls to go.