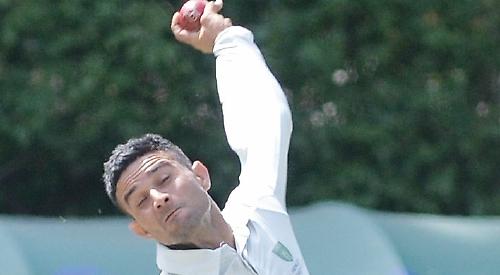 HENLEY drove home their dominance of the Home Counties Premier Cricket League after a thumping victory over HORSPATH, who were nowhere near their best and, in contrast to the Champions-elect, now face relegation going into the last weekend of the season.

A strong display with the bat, characterised by an imposing 80 from Matt Rowe, preceded a ruthless bowling display, in which Tahir Afridi became Henley Cricket Club’s leading wicket taker in the league.

It has now been 13 weeks since Henley last lost in the league and with Slough as their final opponents of the season, will undoubtedly be keen to add one last victory to their tally before lifting the trophy tomorrow (Saturday).

Having won the toss, Henley elected to bat on what appeared to be a bit of a green-seamer. However, as was soon to become clear, looks can be deceiving when it comes to cricket wickets.

Openers Roberts and Oldershaw began positively, taking advantage of some wayward new-ball bowling. Oldershaw, replacing Hussain who is enjoying his honeymoon after an outstanding first season at Henley, provided much of the impetus early on, driving imperiously when the opportunity arose while defending determinedly when Hospath’s bowlers, Slatcher and Cardy, got the ball in the right area. It took a good piece of bowling from the latter to remove him for 28, swinging a full ball back through the gate to bring Rowe to the crease.

The wicket did little to abate the Henley batsmen, who continued in a positive vein. Roberts now took on the role of aggressor, but just as he looked set to compile a fourth hundred of the campaign, he managed to chop a wide ball from Eason on to his stumps.

Rowe and new-man Morris then took the score to 187-3, rotating the strike and not allowing any bowlers to settle into a rhythm. Rowe passed the 50-mark in little under a run-a-ball, and started to squeeze the throttle as Horspath’s spinners ineffectively tried to slow the rate of scoring. Unfortunately however, in an attempt to cut a ball from Belcher, he was only able to nick it behind, denying him of a deserved ton.

Morris, now joined by Woods, was in cruise control until he was caught at midwicket trying to send Slatcher into orbit. Barnes then came and went, with Henley on 234-5, a position which up until this point in the season, has invariably led to a few batting collapses.

However, after Woods departed for 43, Davison and Brock showed why they remain key players in arguably the league’s strongest batting line-up. Both showed their powerful hitting, and put on a clinic for those wanting to know how to run between the wickets. This combination of skill and brute force ensured Henley posted 335-6 off their 50 overs, the most runs ever scored at Horspath in the league.

Needing a win to give themselves the best chance of staying up, Horspath were 31-0 after 10 overs, and six overs later, found themselves on 57-3.

No visible attempt was being made to get after the bowling or to get a fast start, something almost always required when chasing a score in excess of 300.

Henley’s Afridi, Nugent and Singh were all outstanding early on, especially Afridi who took four of the first five wickets in his 10-over spell. Two bowled, an LBW and a caught behind.

Having now taken 191 wickets in the league, Afridi now goes past former captain Bjorn Mordt and, in relation to the 2017 season, is now just one behind team-mate Nugent in the leading wicket-taker standings. With skipper Roberts the leading run-scorer in the league for 2017 thus far, having amassed 766 runs, Henley could well add individual honours to their burgeoning trophy haul.

Replacing Afridi at the pavilion end, it didn’t take long for Woods to come to the party, having skipper Eason caught at point by Morris and bowling Slatcher first ball. The only meaningful innings came from Skelton, batting at seven and normally a 2nd XI player.

Playing a range of strokes and being particularly effective down the ground, he managed to show Horspath’s top order what could have been done if more intent was shown from the beginning.

Brock’s introduction to the bowling attack entailed a rather thankless task of tossing the ball up in order to tempt the batters to go for the big shot. Although statistically expensive, he executed the role asked of him well and picked up two wickets before Woods trapped Skelton lbw for a deserved 60, bringing the innings to a close.

The result leaves Horspath needing a win and results to go their way elsewhere to remain in the top flight. This appears unlikely, however, and the Oxfordshire side will likely join Burnham in Division 2 next season.

Conversely, Henley remain champions-elect, unreachable except in the case of an unprecedented penalty deduction. However, captain Roberts remains very much focused on next week’s performance against Slough, knowing how important it is to finish well.

Speaking after the game, he said: “Momentum is a funny thing and we are fully focused on our performance next week to ensure we take as much positive energy as possible into the off-season and pre-season in January.

“Moreover, being such a competitive environment, there are always spots up for grabs and performances on Saturday may well lead to selections in May 2018. However, rest assured, once the final ball has been bowled on Saturday, we will be celebrating what has been a memorable season.”