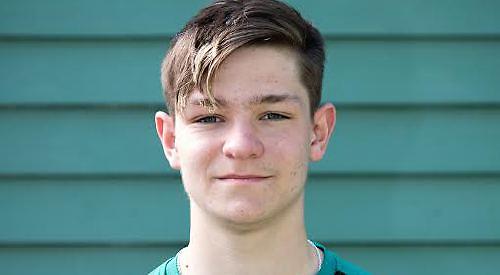 It crowns a memorable year for the Wellington College student who was voted Berkshire’s man-of-the-match after scoring an unbeaten century in their Unicorns Championship play-off win over Lincolnshire in August. He also played regularly for Middlesex 2nds.

Their call-up follows Henley all-rounder Euan Woods’ selection for the same England team a year ago.

The Young Lions will be playing hosts South Africa and Namibia from November 23 to December 12 as they prepare for U19 World Cup in New Zealand starting on January 15.

Tom Lambert, the Berkshire performance manager, said: “It’s more outstanding news for our county. We are extremely proud to be involved in the careers of these very talented young players. It shows the high standards that are offered to young players in Berkshire.”

Lambert has also selected the players for the 2017/18 Westcoast Berkshire Academy and among the 11 are Henley duo Will Legg and Michael Williams. There is more good news for the Henley and Berkshire clubs with pace bowler Harry Jordan being given a Gloucestershire Academy contract. He has now gone out to Australia to play for Sandgate Redcliffe in Brisbane.