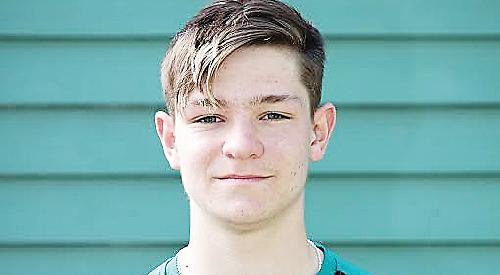 BERKSHIRE and Henley Cricket Club batsman/wicketkeeper Jack Davies has been named in England’s 15-man squad for the U19s World Cup in New Zealand which starts next month.

Davies and Scriven were in the England team which lost to hosts South Africa by three wickets in the final over of a tri-nations tournament in Potchefstroom on Sunday.

Allrounder Scriven, batting at number eight, top scored with 53 off 61 balls and took 1-43 off 8.4 overs, while fellow-middle order batsman Davies scored 10 runs in England’s total of 259 all out and took a catch behind off the bowling of Scriven in South Africa’s reply of 260-7.

Both Davies and Bamber also play for Middlesex, the club which has a close tie-up with Berkshire.

West Berkshire boy Scriven was just eight years old when he became a Berkshire junior and later was part of their Emerging Players Programme until switching to Hampshire at the age of 15.

England, who will be skippered by Yorkshire’s Harry Brook, start their world cup campaign against Namibia on January 15, followed by Bangladesh on the 18th and Canada two days later, with all games being played in Queenstown.