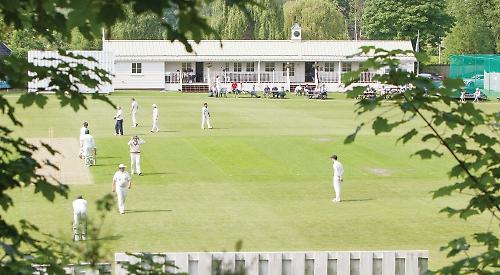 HENLEY Cricket Club is seeking new players for the forthcoming new season as it plans to revive its 4th XI and Sunday teams.

The Brakspear Ground side has long since been one of the highest performing clubs in the South of England, perhaps throughout the country.

Such an assumption will be tested further this summer as it looks to defend the Home Counties Premier League title and pursue silverware in both the Twenty20 and one day national competitions.

However, criticism has also been levelled at the club in recent years for often prioritising winning championships and high performance over inclusion and providing opportunities to individuals who are perhaps in search of more social and relaxed environments to wield the willow.

The club is therefore making a concerted effort to broaden its playing membership.

Despite losing the 4th XI team last summer due to a lack of availability, the club has charged 3rd XI seamer and Henley stalwart, Andy Chappell, with the captaincy of the renewed Sunday XI.

The Sunday XI currently has nine fixtures in the diary, commencing halfway through the summer to coincide with the return of the boys who play school cricket. However, the club is keen to extend these games into the first half of the season to provide opportunities to any new players who join this year.

In addition, there are provisional games in the diary for a Friendly XI to play on Saturdays throughout the season against local and touring teams.

Both the Sunday and Friendly XIs will provide players with the opportunity to get involved in and play a brand of cricket which serves a more social and easy-going purpose, whilst also giving players the chance to stick their hand up for selection in one of the club’s league teams.

Such innovations at the club aim to attract players of any age and ability to get involved in pre-season training, which begins weekly at Shiplake College from Sunday, January 28 at 8.30am.

All those interested are encouraged to come along and get involved, with each session providing high quality coaching for free. These are often followed by a group breakfast in town too, a chance for people to get to know each other better.

Complementing these efforts are both the club’s women’s playership, led by Damaris Hayward, and the club’s youth section, driven by former players Paul Smith and Chris Ellison. The latter’s efforts have seen the club enter the ECB U19s competition, an exciting proposition for young guys in the local area looking to have fun and improve their skills.

Club coach Stewart Davison and club captain Michael Roberts are both aware of the importance of developing the club beyond one which is just renowned for high performance.

On the club’s initiative, Roberts said: “One of our main values is making memories and sometimes this gets lost in the heat of battle or in the pursuit of winning.

“Ultimately, the most enjoyable part of playing is after the game, sharing stories between each other and building friendships between teams, independent of age or playing standard.

“This is what we want to see more of in 2018 and it starts by inviting anyone and everyone to get involved in pre-season.”

Meanwhile Davison added: “We’ve got a great sense of community in the club, which is increasingly driven by the players themselves. We’re always excited to welcome new players and would love to have some new faces join us in pre-season.”

Anyone interested in joining the club should contact either Andy Chappell at andrewchappell@live.co.uk, Michael Roberts at mike
roberts89@hotmail.co.uk or 3rd XI captain John Neville at john_neville137@hotmail.com for further details.