Opening batsman shines for hosts as in annual friendly fixture 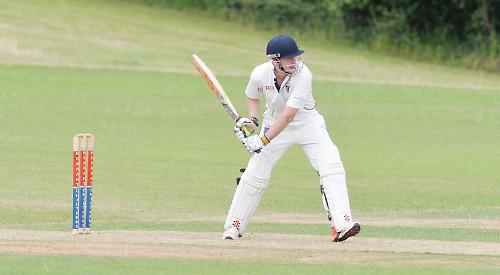 ADAM BIRKETT top scored for HARPSDEN in their annual fixture against visitors HETAIROI on Sunday.

Birkett and Sam Imlay got off to a fast start against the Hetairoi opening bowlers which included Harpsden player Johnny Wright who was guesting for the opposition.

The fall of Sam Imlay, who was caught at mid-off, slowed the run rate until Birkett decided to take the attack to the consistent Goel. Birkett retired for a well made 66 which brought Christian Whittaker to the crease and he and Stevens progressed untroubled until Stevens was caught in the covers.

James Moore, making his Harpsden debut, looked good until he was beaten in the flight by Goel. Some quick runs from Tom Mitchell and James Aston, and an unbeaten 50 from Whittaker, enabled skipper Birkett to declare early giving 40 overs to bowl out the opposition.

On such a flat early season wicket, that was always going to be difficult, especially with the Hetairoi batsmen being intent on keeping wickets intact. That intent was nowhere more evident than opening bowler James Aston’s first six overs all being maidens.

Harpsden tried seven bowlers and the wickets were shared around with Aston, Matt Stanley and Tom Mitchell being the pick of the bowlers although the flight and guile of Shazad Gulfraz was always dangerous.

Thalhapudi batted for 35 overs for his unbeaten 32 whilst it was Mitchell who picked up the prize wicket of Harpsden loanee Wright.