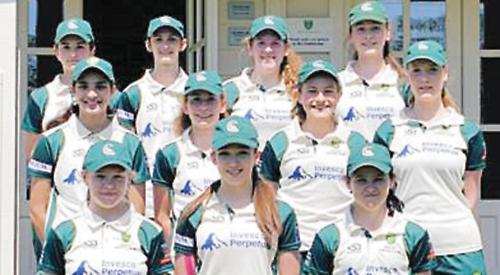 HENLEY WOMEN pulled off a dramatic victory on the penultimate ball of the game against SPENCER WOMEN to progress to the second round of the National Vitality Twenty 20 Knockout Competition.

Skipper Romilly Hayward won the toss and put Spencer into bat knowing that a solid fielding performance was essential against the strong Surrey county batswomen.

The breakthrough came in the ninth when Ana Cauchi forced an error from the Spencer number two who drove the ball straight into the safe hands of Brown at mid-off.

Cauchi and spinner Nicola Lee bowled well and kept Spencer frustrated. Spencer were 94-1 after 14 overs with Hayward and Brown returning for a second spell with an objective to keep the visitors under 120.

Both girls bowled well at the death and with the energy in field remaining high despite temperatures nudging 30 degrees, Spencer closed their innings on 124.

In reply Bonnell and Lee came to the crease for Henley and set about meeting the required run rate with Bonnell finding the boundary by the second over and Lee regularly finding gaps to keep rotating the strike.

Bonnell fell in the third and Lee was joined by Lucy Beale. Lee and Beale selected their shots well keeping the run rate ticking over but a Spencer misfield tempted the pair to go for one run too many and a sharp fielding recovery saw Lee run out in the sixth over. Mia Rogers joined Beale and wasted no time in raising the run rate with a boundary from her third ball. Beale’s wicket fell to a straight one in the seventh and Rogers was joined by Ellysha Franklin.

The pair began a crucial partnership with quick singles and two from both girls and boundaries coming at regular intervals for Rogers, putting Henley right back on track.

A no-ball and resulting free hit saw Rogers fervently refusing a run call from Franklyn as she settled in to take advantage of the free hit. Rogers lofted a shot to deep extra cover that fell just short of a six but gave Henley another much needed four.

Franklyn was run out in the 16th with Bronte Pye coming to the crease but Pye was caught attempting one big shot too many.

Jemma Swire-Thompson joined Rogers, keeping the Henley chase alive with some superb shots including another much needed boundary.

Rogers’s wicket fell (41) in the 19th with Henley on 118-7 and needing seven runs from the final over. Swire-Thompson was joined by Brown with the tension palpable on and off field.

A single from both girls from the first two balls kept the target within reach, a dot ball on the third followed by Brown coming close to the boundary with the fourth ball but managing to run two left Henley needing three runs from two balls.

The penultimate ball of the game saw a textbook late cut from Brown dispatch the ball towards third man. A Spencer chase left Brown and Swire-Thompson running flat out and completing their third, winning run with one ball to spare.

Henley are drawn at home against Finchley Guns in the second round on Sunday.