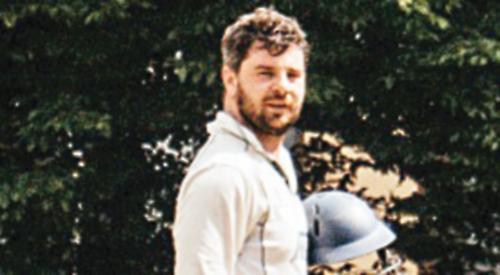 A DAN Hayden masterclass inspired PEPPARD STOKE ROW UNICORNS to a 55-run upset in the second round of the National Village Cup at WRAYSBURY on Sunday.

After losing the toss the Unicorns were asked to bat, and Andy Watts and captain Richard Ashton found the going tough against a fine opening ball spell from Waqar Afridi and Waqas Khan.

Watts eventually fell to left-armer Khan as he nicked behind, while Ashton made 35 before he was caught by Afridi off Liyakat Chougle.

Brett Everett and Ashley Hayden chipped in with useful runs but it was Dan Hayden who swung the game with 95 including four fours and seven sixes as the visitors were bowled out for 221.

Olly Nicholson turned the game on its head in his fifth over by taking three wickets – Berkshire Over 50s man Gordon Morgan falling to a magnificent one-handed grab by Ashley Hayden. Nicholson caught Wraysbury captain Andy Prasad off his own bowling next ball and then trapped Jayesh Mohan, who scored 923 league runs in 2017, second ball lbw.

Chris Proudfoot (2-25 off eight) accounted for Khan before Satheech Elanganathan (2-50) removed the dangerous Arslan Yaseen (40) as Wraysbury took drinks on 86-5 from 19.4 overs.

Stefan Grosvenor and Iffy Wain (46) kept the home side in the game but Elanganathan had the former caught by Josh Perkins before a magnificent bit of wicketkeeping by Michael Chard accounted for Harry Kibble off the bowling of Proudfoot.

The introduction of Perkins hastened two wickets in an over as the Hayden brothers both took fine grabs on the boundary, and when Everett bounced out Wain the hosts had been dismissed for 166. Peppard Stoke Row play Wargrave in a local derby in the semi-final of the Berkshire section of the competition a week on Sunday, and proud captain Ashton was effusive in his praise of his side.

Ashton said: “There was no doubt Wraysbury were a better side than us on paper, but once again we found a way to win.

“Dan’s innings was simply outstanding while Olly, Chris and Satheech bowled superbly. We have players performing above their level and fingers crossed they can keep doing so.”

Meanwhile openers Greg Bennett (116) and M McAlister (76) led the way for NETTLEBED as they cruised to a 128-run win at home to PEPPARD STOKE ROW MAHARAJAS on Sunday.

The home side racked up an imposing 221-3 in their 35 overs, although that could have been higher still but for a fine spell towards the end from Chris Lee (3-38).

Allan May (20) top scored in reply, but only three batsmen reached double figures as the visitors were bundled out for just 93.