Big-hitting Aruna guides side to eight-wicket away win 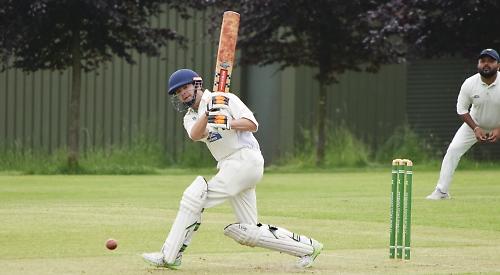 A TOPSY-TURVY Premier Division match saw WOODLEY emerge just about on top to gain the winning draw at home to WOODCOTE.

The home side elected to bat and were reduced to 103-7 with Mark Pearson, back to his best, grabbing four wickets for 40.

However, an eighth wicket partnership worth 83 saw Woodley recover and their final total presented a good challenge. Mike Stroker came on late in the Woodley innings to take three wickets and mop-up the tail.

Woodcote’s innings also got off to a poor start and they found themselves facing defeat at 112-7, but good late order batting by skipper, Mark Pearson and vice-captain, James Worsfold steadied the ship to some extent.

However, veteran Peter Roberts proved the hero as he batted with good sense and caution for over an hour to remain undefeated and preserve the draw.

Elsewhere in the division CHECKENDON ran out eight wicket winners at SANDHURST, with their reply coming in just 19.2 overs.

The hosts started well, reaching 76-2 with opener Ted Batchelor hitting 32. However, the introduction of Vikas Chib into the bowling attack brought about a spectaular implosion in which the home team lost eight wickets for 13 runs in less than eight overs. Chib finished with 6-13 in six overs as Sandhurst were dismissed for 89.

The Checkendon openers put on 44 in reply and though both fell to offspinner Jack O’Neill, number three Shiva Aruna guided the visitors home, striking two sixes and five fours in his undefeated innings of 42.

John Synodinos (107), Luke Anthony (52) and Marc Minikin (58) all batted well as the visitors batted well on a good wicket at the Les Clark Oval, Stratfield eventually posting 279-6 as Matt Kimber (2-42) and Chris Proudfoot (2-56) proved the pick of the Peppard Stoke Row attack.

Ackerman (48) and Gerry Bacon (47) offered some resistance among the top five of the hosts’ order, but Abishek Singh’s fine spell of 5-34 eventually meant PSR were dismissed for 158.

In Division 2, PEPPARD STOKE ROW 3rds collected a maximum 35 points after PURLEY 3rds conceded their game on the morning of the match.