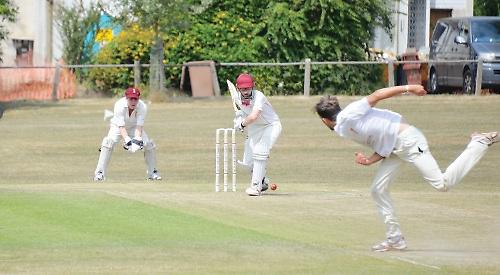 The Unicorns were in early trouble as they lost Josh Perkins and Nick Windsor, but Oxford duo Humphreys and Fergus Nutt both retired on 100 as the hosts closed on 243-3 from their 40 overs.

Ruaridh Scott picked up a brace of early wickets and his brother Hamish took 3-51, but Strollers skipper James Timperley (151 not out) proved too good as the visitors knocked the runs off with 15 balls to spare.

The Maharajas were originally indebted to Andy Watts (83) and a stoic 23 from Adam Lotery as they reached 184-8, George Taylor taking 4-37 and Pete Slade 3-19 for the hosts.

In reply, Malcolm ripped out the top three, and with Will Wakelam (2-10) also among the wickets, the Maharajas dismissed their opponents for 155. Will Brownlee, batting at eight, ended on 54 not out for Goring.