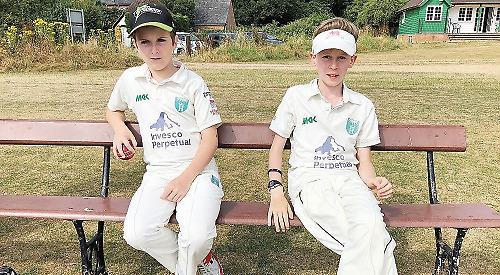 HENLEY U11 Cougars won two out of three games in the last week as the Berkshire U11 Youth League begins to reach its climax.

Henley (73-6) beat Sonning (72-5) with Freddie Corbett taking three wickets in the Sonning innings and Oscar Thomas retiring for the first time this season.

Peppard (119 all out) lost to Henley (123-7), who batted first with most of the team reaching double figures. Man-of-the-match Oliver Saunders was 23, not out.

When Henley took to the field, all but one of the team took a wicket with Oliver taking two. The run chase ended for Peppard in the last over with a run out by Conor Quinn.

Henley (137-4) lost to Wargrave (138-6) in the third match of the week. Both sides batted and bowled brilliantly, with very tight and hard work in the field to limit the boundaries.

The game reached the last over and with the sides equal on the last two deliveries. Wargrave got the one they needed to win with some quick running between the sticks.

Henley have 154 points with one game left to play but Wargrave have 143 points with two games to play. Teams get 20 points a game for a win.