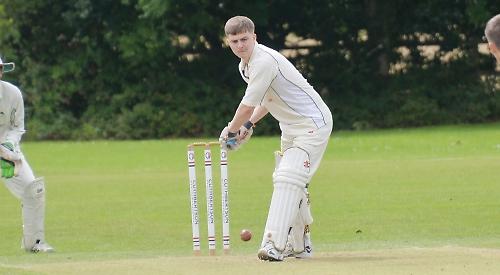 SONNING COMMON chalked up another victory in their 30th anniversary year season with a comfortable 70-run victory in an 85-over game at BBC CAVERSHAM on Sunday.

In sweltering conditions the villagers batted first and found run scoring hard to come by early on. With veterans Mike Cann and Vinnie Sheehan departing early in the innings, Sonning Common found themselves 11-2 off the first 10 overs.

Howard Cook anchored the innings for the visitors and skipper Chris Pitson added a useful 35. But it was the Sonning Common youngsters who showed the way enabling the villages to reach 201. Louis Gallimore hit a quickfire 40 and Luke Pitson batted superbly to score his maiden unbeaten half century for the club. Markland Tidswell finished the innings with some lusty blows.

In reply BBC Caversham, despite useful contributions from Williams and Fitzgerald, never really threatened the Sonning Common total as the villagers’ bowlers took control. They captured wickets at regular intervals with the wily spin from Vinnie Sheehan accounting for two of the BBC’s top order batsmen.