Maharajas make it a family affair to see off Lawyers 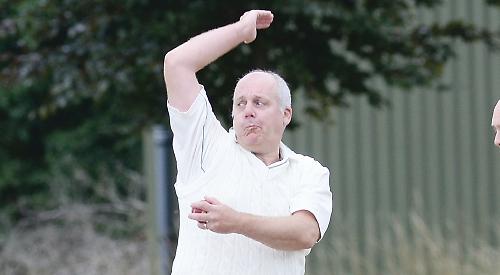 Despite losing Ruaridh Scott and Alfie Clifton early on, Harris and U17 Tom Brown — who made a career-best 29 — rebuilt the innings before Fergus Nutt (40 not out) helped the hosts to 210-5 in their 30 overs in a game shortened pre-match due to the weather forecast.

Josh Perkins accounted for Arshad — well caught by Chris Humphreys at backward point — before the fielder turned wicket-taker to bowl Abdul Hafeez and Perkins ran Imran Razaq out via deflection at the non-striker’s end.

Any hopes of a West Reading win were all but ended when Brown (2-26) had Jamil caught by Humphreys and bowled Hassan Arif and spin twins Richard Ashton and Ruaridh Scott picked up a wicket apiece to leave the visitors 134-8 at the end of their 30 overs.

U15 spinner Will Wakelam (2-36) proved the Maharajas star turn as they restricted the away side to 177-5 in their 35 overs as U11 Connor Lamsdale impressed during a six-over spell of left-arm spin.

In reply it was Connor’s father Peter (72) who rolled back the years to give the Maharajas a solid start, and to keep the family affair going it was brothers U17 Danny May (33 not out) and U15 Nathan (20 not out) who guided the home side to 181-5 with five balls remaining. Wakelam earlier hit 28 to complete a fine all-round display from the youngster.