Harpsden ease to a comfortable victory 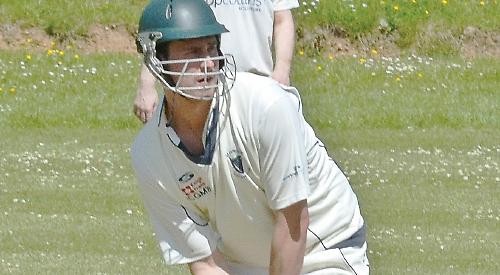 HARPSDEN dominated their opening match of the season as they ran out winners by 10 wickets at WEST READING on Saturday.

Visiting skipper Whittaker won the toss and decided to bowl on a slow, sticky deck which looked to offer some assistance to the bowlers.

Khaliq and Hancock took the new ball and immediately began to exert some pressure on the opening batsmen. The early pressure paid dividends as Hancock had Arslaan caught at mid-on for two.

The seamer bowled well in tandem with Khaliq who utilised the stiff breeze to get some significant movement in the air early on. Khaliq’s consistency then paid off as he dismissed Kazam for seven with a ball which moved a long way.

Ed Birkett was then introduced and the left armer struck immediately, Ben Hancock taking a good catch at second slip.

West Reading skipper Davidson was accumulating steadily at the other end until Whittaker introduced himself to the attack, the Harpsden skipper having his opposite number caught at mid-wicket for a well-made 42.

This dismissal sparked a collapse from the home side with Franklin being introduced to the attack, immediately picking up the wicket of Usman for 32 and then dismissing Omer with a well disguised slower ball.

Whittaker continued wheeling away and between him and Franklin seven wickets fell for 38 runs, the Harpsden skipper ending up with figures of 4-8 from four overs as West Reading were dismissed for 118.

The Harpsden openers started well in response with both Adam Birkett and Hogan-Keogh striking boundaries in the opening overs.

The pair saw off the new ball and by the time the tea break arrived the visiting side were well set on 48-0. After a short rain delay business as usual was resumed with Hogan- Keogh taking advantage of anything short or wide and forcing the score along at a rate of knots.

Adam Birkett joined in on the act striking a number of elegant drives in front of square. Hogan- Keogh then passed 50 in the 19th over as the wheels came off for the home side. Harpsden romped home in the 20th over winning by a comfortable 10 wickets. Hogan- Keogh ending up on 64 not out and Birkett on 42 not out.