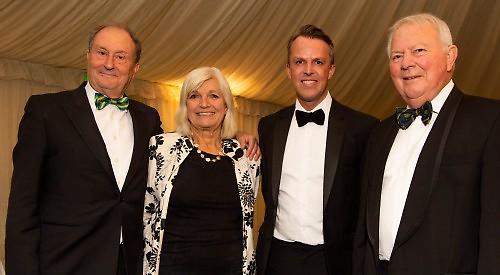 More than 200 people attended the black-tie event, which included an auction with a painting by Henley artist Camilla Dowse of the club’s cricket ground and pavilion in, which raised £850. The overall total raised was more than £15,000.

David Winter, the club’s fundraising and sponsorship chairman, said: “We usually have a fund-raising dinner but last year we didn’t, so we wanted to bring it back.

“We have to fundraise in order to carry out capital projects. The town has been unbelievably generous over the years. It was an absolutely amazing night and Shiplake College could not have been more helpful. The catering team were amazing.”

Swann, a spin bowler who was part of two England sides that won the Ashes, talked about his international career and told anecdotes.