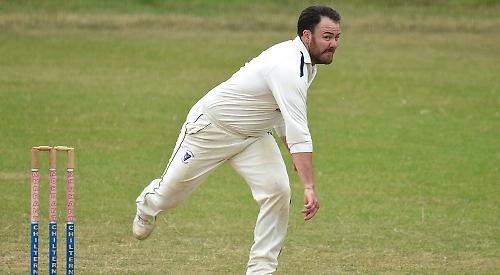 JOHNNY CONNELL (26 runs) and Stewart Davison (21) both made useful runs for HENLEY 2nds in their Division 2A clash against CHESHAM 2nds on Saturday.

In Division 2B, KIDMORE END won the toss and elected to bat and made 88-4 before their match with READING was rained off.

Amol Tyagi was his side’s top-scorer with 34 runs, before he was trapped leg before wicket.

WARGRAVE 2nds raced to 128-3 against NEWBURY in their Division 4A clash before the game was called off.

In Division 4B, HARPSDEN’S game against KEW 2nds was abandoned after just 14 overs, but not before opening bowler Tom Hancock took four wickets for three runs. This left Kew on 22-5 when the rains came.

HENLEY 3rds had a difficult start against THATCHAM TOWN 2nds in Division 5B, slumping to 20-2 inside seven overs before their game was abandoned.

WARGRAVE 3rds made a solid start in Division 6B, amassing 54 runs for the loss of one wicket against YATELEY before the rain came.

Charlie Moss was the man to fall for 14 runs while JJ Harris got himself in, ending not out on 22 runs having hit four fours.

KIDMORE END 2nds were 100-4 against WINDSOR 2nds in Division 7A when their match was abandoned.

James Walker was his side’s top-scorer, ending unbeaten on 27 runs.

WARGRAVE 4ths were comprehensively beaten by FINCHAMPSTEAD 5ths in Division 8A.

Finchampstead won the toss and put Wargrave into bat, where they were bowled out for 94 runs. They then went on to reach their target inside 18 overs, scoring 95 with the loss of just two wickets.

In Division 9A, Matt Brouwer top-scored with 64 runs from 84 deliveries as KIDMORE END 4ths made 201-5 from 37.1 overs against READING 4ths.

But they were unable to capitalise on the good start as the game was then rained off.

Meanwhile, the match between KIDMORE END 3rds and NEWBURY 3rds was cancelled.