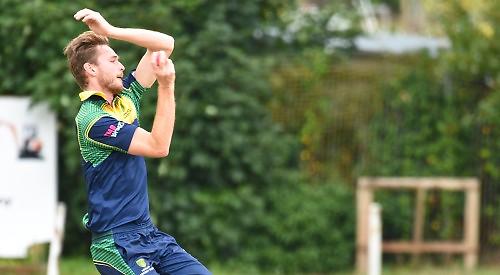 HENLEY’S first competitive home fixture of the season was washed away by torrential rain with Buckingham on 82-4 off 22 overs, writes Jonathan Higgins.

After a cautious start that saw just nine runs come from the first five overs, opener Andy King set about Andrew Rishton in the sixth to take the score to 25 to set the visitors on their way. Buckingham were 39-0 after nine overs when Harry Jordan, replacing Rishton in the 10th, clean bowled King in his first over and Ali Raja accounted for the other opener Syed, caught Euan Brock at midwicket.

A smart catch low down by skipper Mike Roberts at cover accounted for Leigh Tomlinson before a poor call saw Jack Deal comically run out.

Then Large and Rizwan added another 22 runs before the heavens opened and that was that.

Only Banbury were able to complete their game, against Tring, which meant they were able to steal a march on everyone else in the league standings that sees them on 40 points, 14 ahead of a group on 26.

Tomorrow (Saturday) Henley travel to the Wally Gage Memorial Ground at Datchet who were contenders for the Division 1 Championship for the first half of last season and can be expected to provide a stern test of Henley’s mettle. The match starts at 12.30pm.