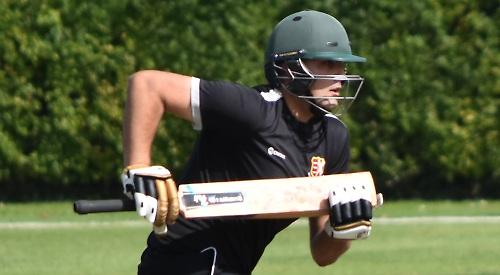 WARGRAVE’S disappointing season came to a close last Saturday as they lost their John Goodman Memorial Cup semi-final clash at home to SLOUGH by six wickets.

The straight knock out competition for the sides that finished in the bottom four of the Home Counties Premier League pooled division saw the villagers win the toss and elected to bat first.

Wargrave were in trouble early in the innings as they lost opener Mandip Sohi and number three Toby Greatwood for ducks.

Fellow opener Imran Malik steadied the innings as he put on 91 in an innings that included nine fours. Rhodri Lewis went for nine runs before Neal Robinson came in and scored 68 not out as the hosts finished their allotted 40 overs on 186-4 .

Naveed Akhtar was next out on 49, another victim of Sohi, caught Malik before number three Nabeel Janed was finally out for 81, bowled Tom Walker, caught Michale Cowdell.