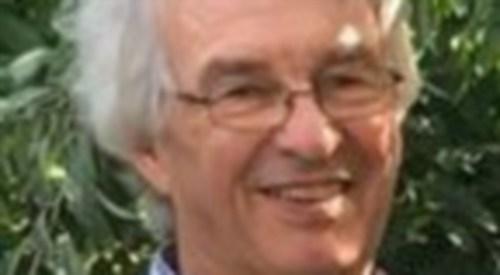 EVERYONE connected with Greys Green Cricket Club has been deeply saddened by the death of our long-serving player, chairman and natural leader Michael Cusden, universally known as Mick.

He joined the club in 1971 and served various terms as captain. He became chairman in 1988 and did much of the work on the upkeep of the ground.

By example, he was central in sustaining the ethos of the club as a team which enjoyed its cricket in accordance with the traditional spirit and values of the game.

In his professional life he was for many years a much-loved and highly respected headteacher at West Wycombe and it was to everyone’s benefit that there is a lot in common between managing a class of schoolchildren and organising a team of multi-aged cricketers.

Mick brought the same warmth, sense of humour and expectation to both. He was a fine cricketer, a genuine all-rounder whose best performances of 145 with the bat and 9 wickets for 37 with the ball both rank in the top four of the club’s all-time list. He was an elegant left-handed batsman and a wily off-spin bowler with varieties of flight and pace which he used to out-think many batsmen.

He was also a natural leader, commanding respect through his calm assurance, wisdom and encouraging style.

He treated everyone equally, making sure new members were made to feel at home, balancing the egos that are found in all teams and, in particular, encouraging the younger players as they made the daunting step into the adult game.

He was an officer but also a gentleman, a true gentleman in both versions of the word.

A gentle man in that he rarely raised his voice, never displayed aggression and had a calmness and serenity about everything he did.

But also a gentleman in that he held everyone in equal regard, was tolerant of human frailties and was always at hand with words of support and encouragement.

In all his work with the club, Michael was fully supported by his wife Di upon whose IT skills he depended and whose patience must have been sorely tested at times as he put in another extra shift on rolling the pitch.

Their partnership goes back to childhood and much as we miss him her loss is far greater.

When this coming season gets under way, most of us will be facing it without him for the first time.

His (white) boots will be very difficult to fill but, inspired by his memory, we will continue to play the game with the enjoyment and respect that were his hallmarks.

Donations in Michael’s memory can be made to Shelter or Macmillan Cancer Support at https://michaelcusden.muchloved.com