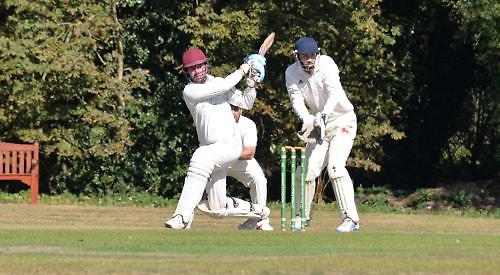 The hosts won the toss and elected to bat, only to slip to 29-3 in the face of fine opening spells from Scott Harris and Alfie Clifton.

James Nicholas (63) led the fightback for the home side and they then pushed on to some degree in the latter stages of their innings, albeit a fine five-over spell from Jason Vaughan-Davies (3-19) at the death restricting Holmer Green to 178-8 in their 45 overs.

Connor Lamsdale and Kyle Tappan gave Peppard a steady start in adding 46 for the opening wicket, the latter falling after chipping a catch to mid-wicket.

Captain Max Baker-Smith was the next to fall with the score on 85, but the visitors continued to look on top until both Mark Price and Lamsdale (49) fell in quick succession to leave Holmer with a sniff as the score stood on 127-4.

However, Vaughan-Davies and Harris both made useful contributions to push Peppard nearer to their target, and Richard Ashton then finished the job by striking an unbeaten 19 from 10 balls to take his side narrowly top of a closely-congested early-season table.